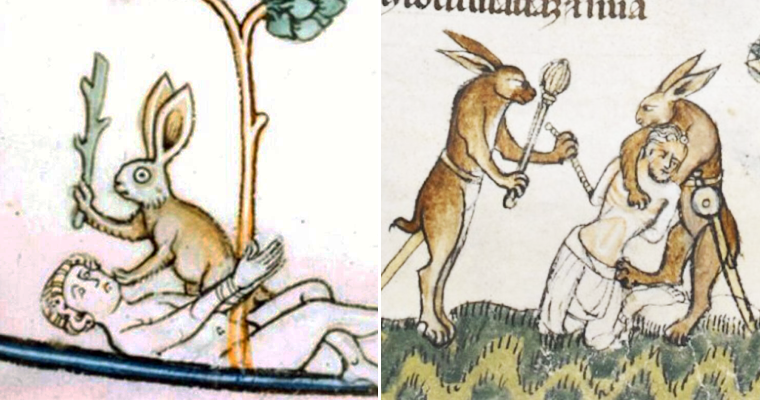 Medieval art sure is weird. We’ve already featured people happily dying, battle snails and cats licking their butts galleries that dived deep into the craziness of medieval drawings. But there’s one more mystery to solve: why were the artists of that era so obsessed with depicting murderous rabbits? Scroll down to see the examples and read the explanation! 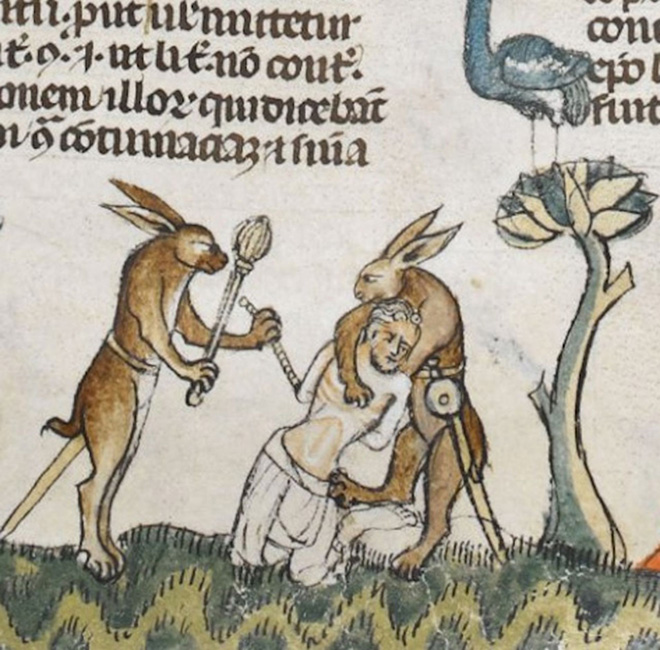 The most probable explanation would be that these drawings are just a medieval sense of humor: in traditional medieval symbolism, rabbits were generally harmless and cowardly creatures. But in medieval manuscripts, the rabbits were depicted as violent. The role reversal of these rabbits in the marginalia was mainly used for humor. The world turned upside-down was portrayed where the innocent rabbits could take revenge and hunt humans, dogs, or other predators. The ‘mean rabbits’ theme also was at the simplest level a form of “topsy turvy”, related to fools being able to make fun of kings and women beating their husbands or foxes running away with cocks (NOT male chickens). It was considered humorous because it subverted the “natural law” of things. 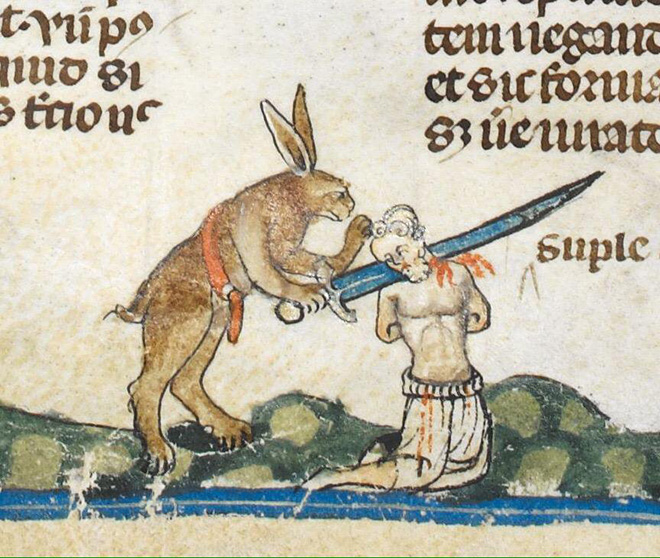 A majority of artists at this time also were not monks, but professionals who worked on commission and did what the patrons requested, although they certainly had quite a bit of artistic license in marginal paintings. But a lot of what they did was work with commonly-understood (and thus easily-readable) comments, jokes, and sometimes patron-specific images. The images had to be easily understood / readable because marginal paintings rarely had captions. 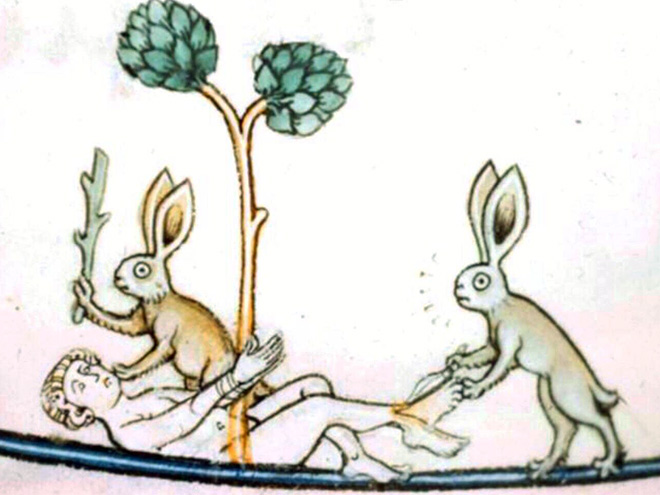 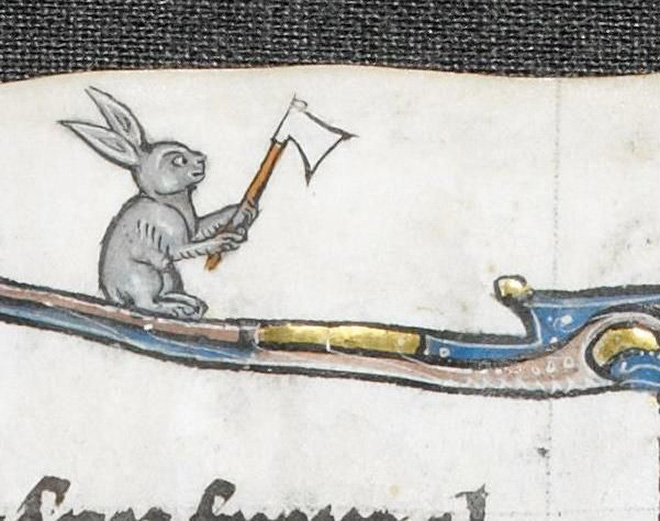 Alternative explanation is that hares and rabbits in medieval imagery were said to depict women, which is actually why they are usually shown doing damage to men. Medieval law allowed a man to beat a woman as he saw fit, as long as he didn’t kill or maim her, whereas if a woman laid her hand on a man, it was classed as “petty treason” and she would be executed for the crime. These rabbits were an artistic way of depicting a woman’s revenge. 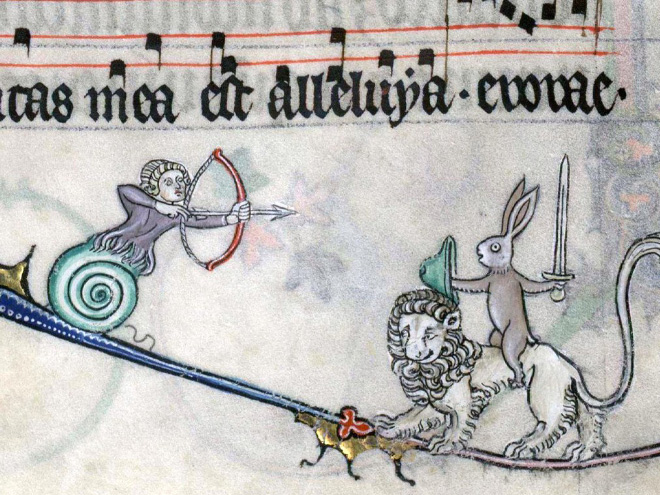 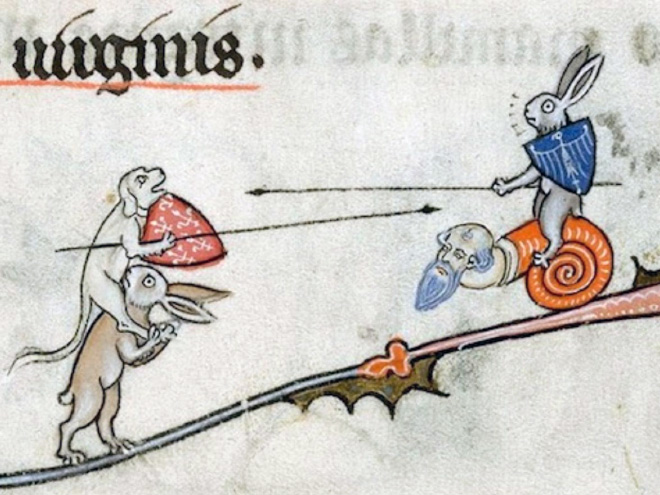 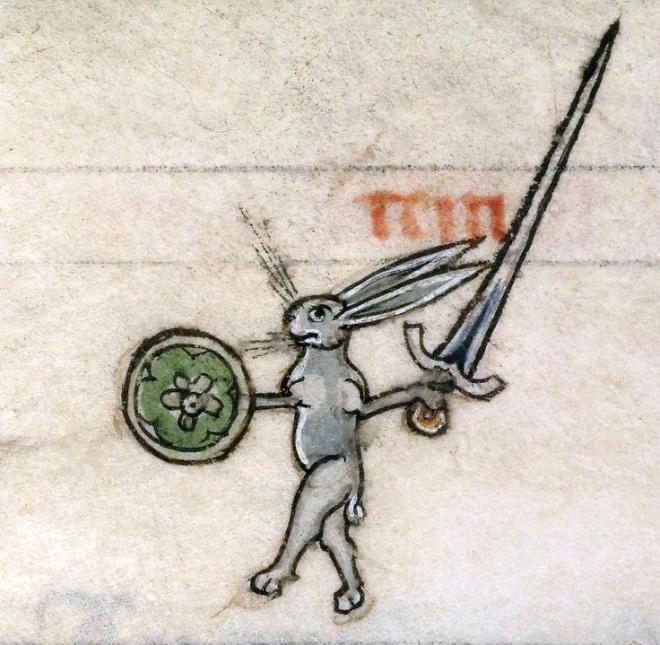 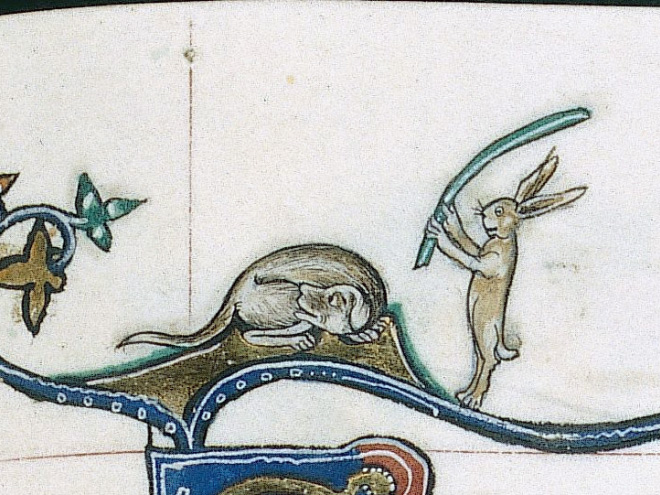 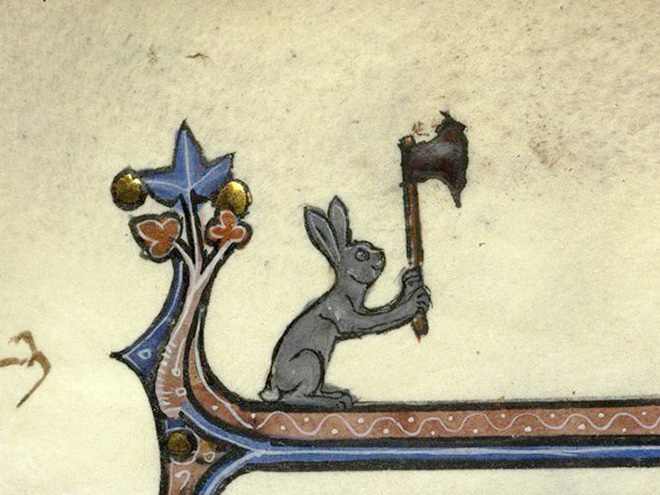 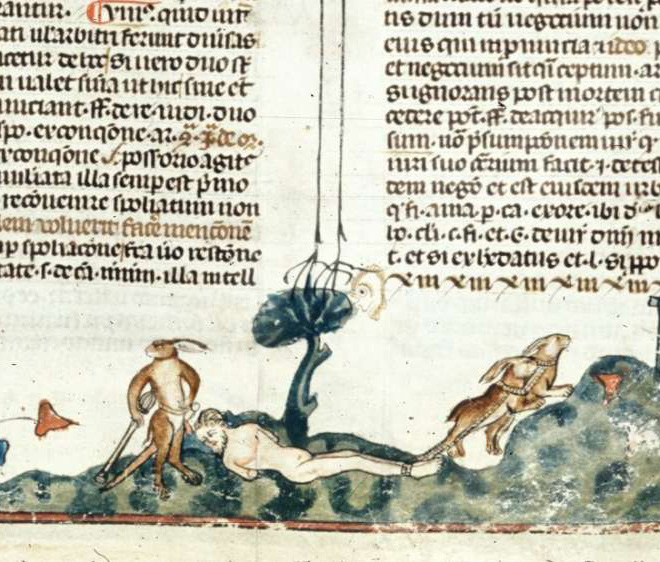 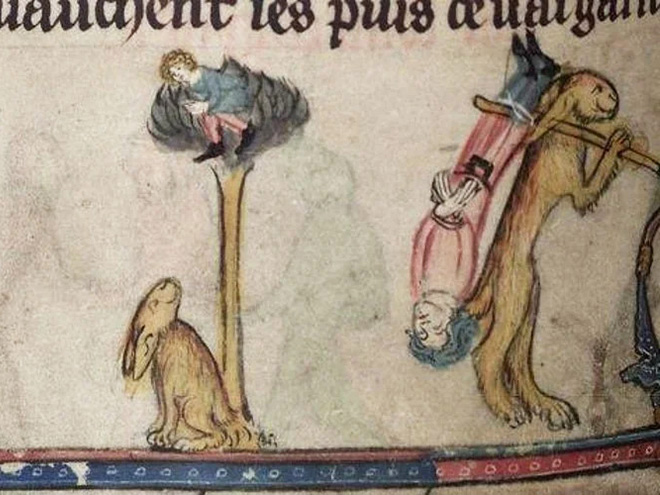 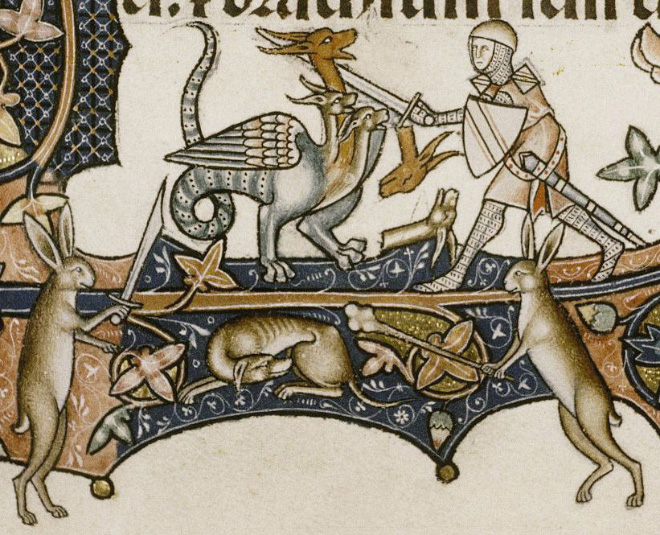 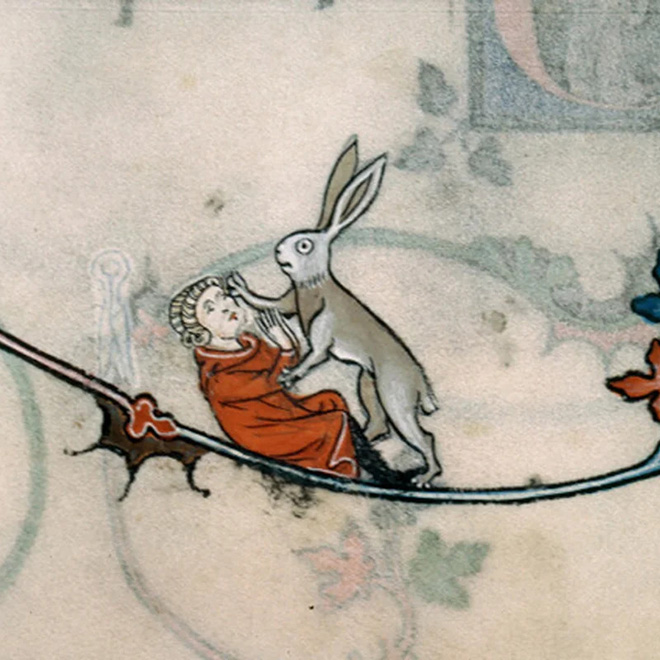 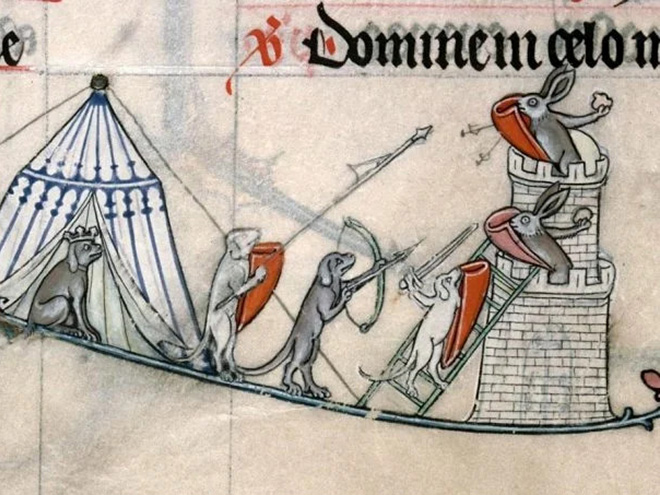 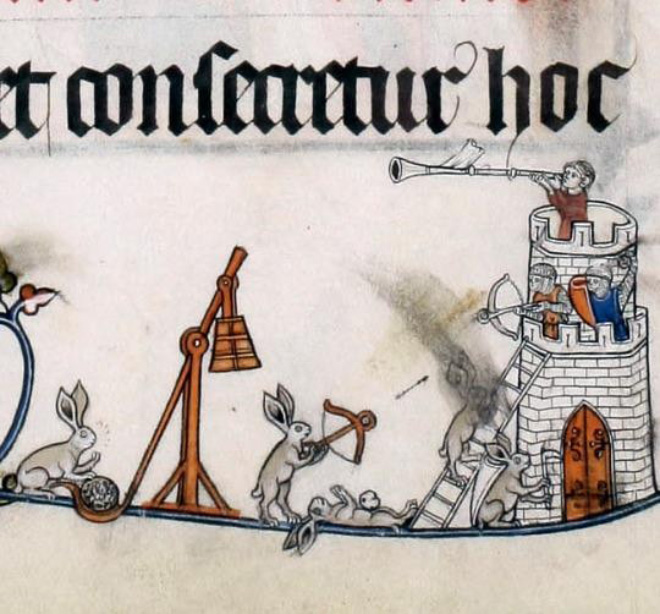 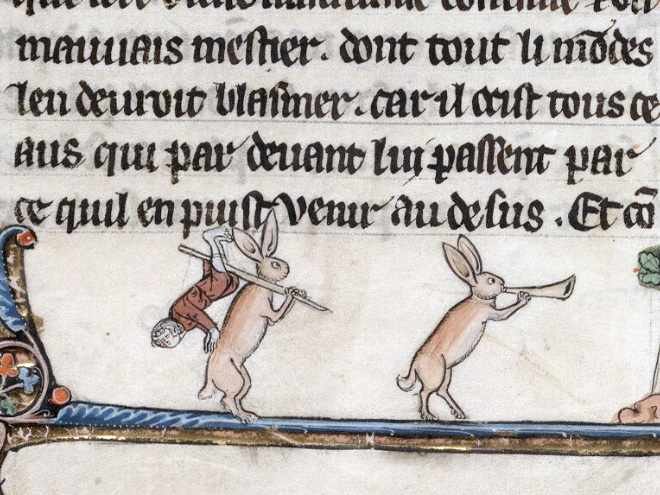 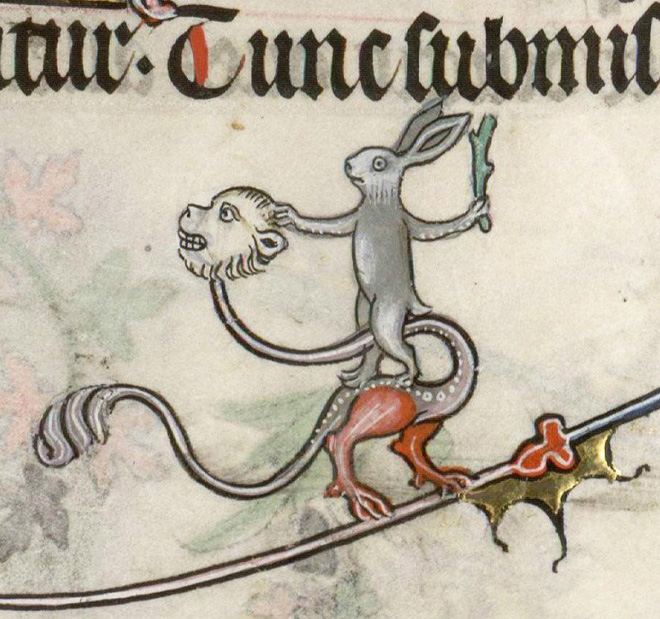 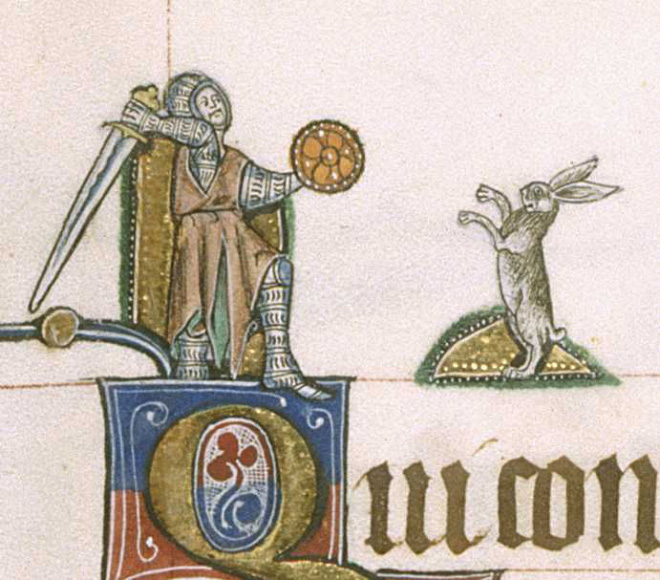 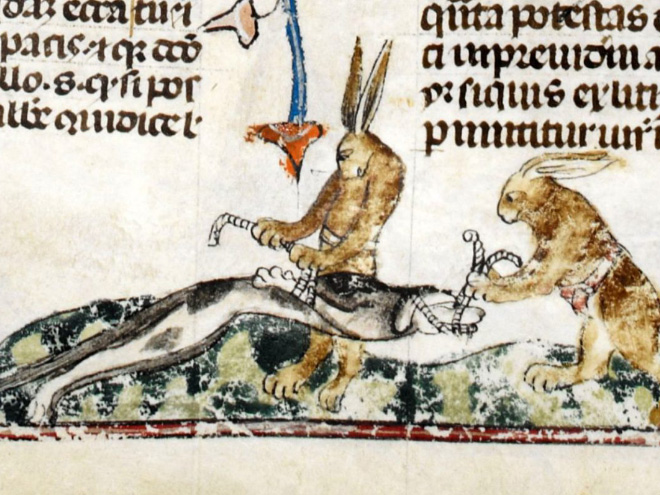 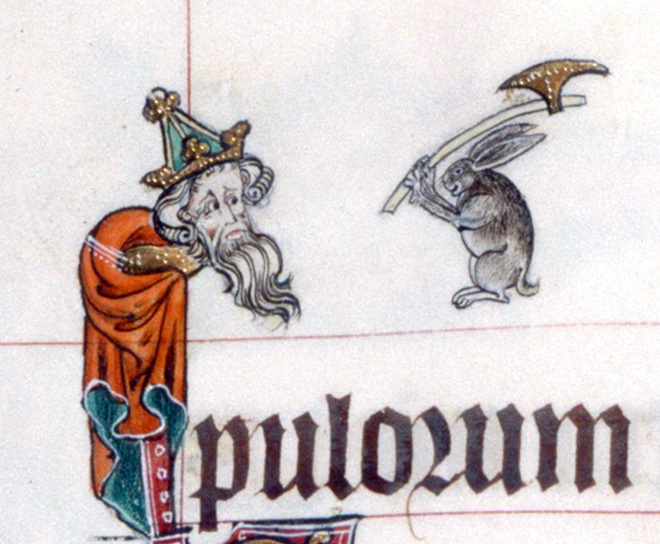 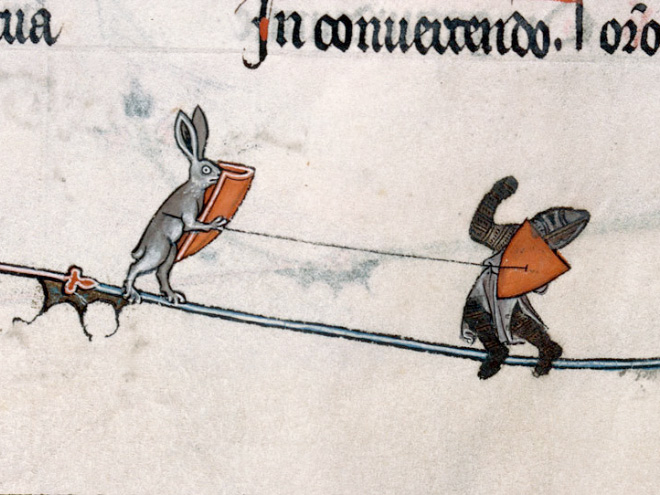 13 thoughts on “Why So Many Medieval Manuscripts Depict Violent Rabbits?”