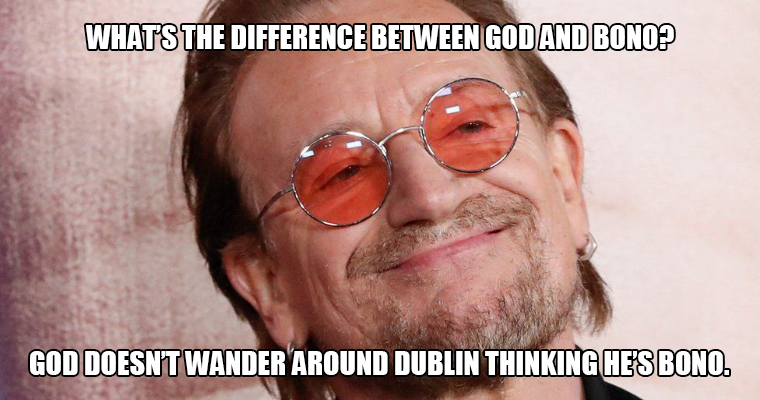 Usually “Top 30… something” lists include the best stuff. We, however, like to make lists of the worst things. After stupid puns list and worst British problems list, it’s only fair to take a look at Irish jokes that are so bad, they’re kinda funny.

2. How can Irish people tell when it’s summer? The rain gets warmer.

3. What’s an Irish seven-course meal? A six-pack and a potato.

4. What’s the difference between an Irish wedding and an Irish wake? One less drunk.

5. Why are there no Irish lawyers? Because none of them could pass the bar.

6. Did you hear Ireland is the fastest-growing country in Europe? Its population is always Dublin.

7. Never iron a four-leaf clover… You don’t want to press your luck.

8. Why can’t you borrow money from a leprechaun? They’re always a little short.

9. What do you call a fake Irish stone? A shamrock.

10. What do you call an Irishman covered in boils? A leper-chaun.

11. Why are the Irish so concerned about global warming? They’re really into green living.

12. An Irishman walked out of the bar and… please, don’t interrupt! Yes it is possible!

13. Knock Knock! Who’s there? Ireland! Ireland who? Ireland you money, if you promise to pay me back.

14. What do you call a big Irish spider? A Paddy long legs.

15. How can you tell an Irishman is having a good time? He’s Dublin over with laughter.

16. How do you blind an Irishman? You put a bottle of scotch in front of him.

17. Did you hear about the winner of the Irish beauty contest? Me neither.

19. Why are so many leprechauns gardeners? They have green thumbs.

22. What do you call an Irishman who knows how to control his wife? A bachelor.

23. Have you heard about the Irish boomerang? It doesn’t come back, it just sings songs about how much it longs to.

25. What do you call an Irish baker? A gingerbread man.

26. What do you get when two leprechauns have a conversation? Small talk.

27. How many Irishmen does it take to change a lightbulb? Two. One to hold the bulb, and one to drink until the room starts spinning.

29. Why are there so few Irish vampires? They can’t stand Gaelic.

30. What is black and blue and found floating upside down in the Irish sea? Someone who tells stupid Irish jokes.