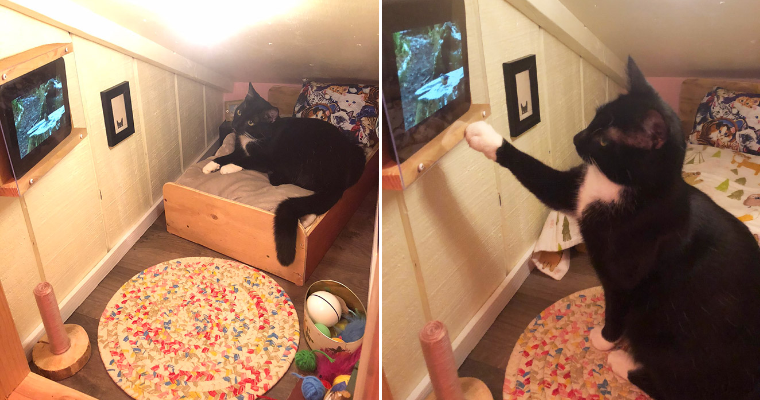 Some cats have it all. Take, for instance, the adorable little bedroom Twitter user Bryan Davies recently shared with the world. Kitty has a bed, complete with bedspread that matches mom’s and dad’s. He has pictures on the walls, a rug, a miniature chair, some tiny yarn balls, and a mini scratching post… and even a wooden wall frame that holds a tablet so the cat can watch bird videos on YouTube! 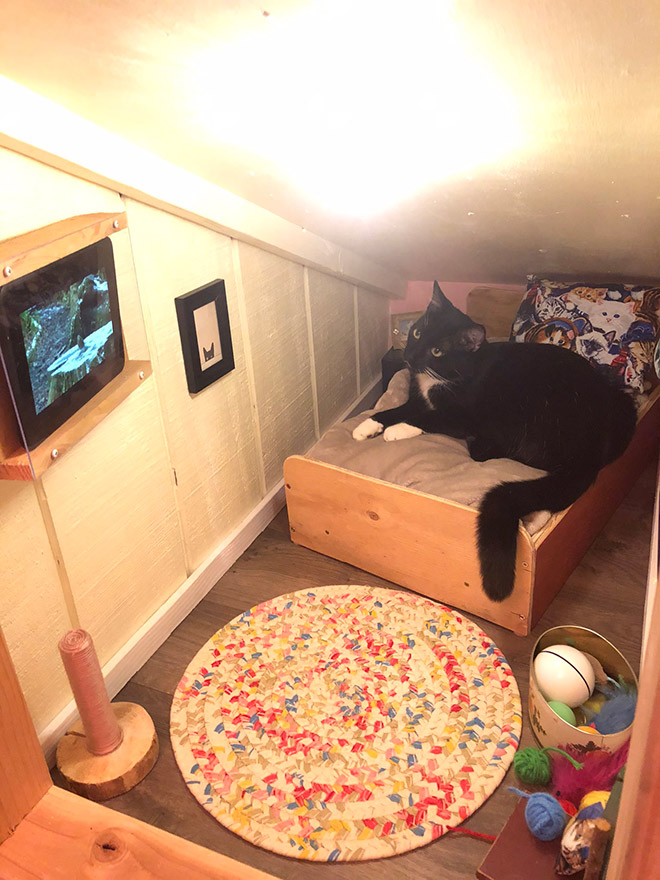 Davies admits that he wasn’t sure if his cat would actually use the tiny room he built. But it quickly became the cat’s go-to spot. “He spends a lot of time in there, asking to watch his show before taking a nap,” Davies said. “He zones out to the screen like a normal teen. And he naps – hard. He really does enjoy it as much as a kid who finally got his own room.” 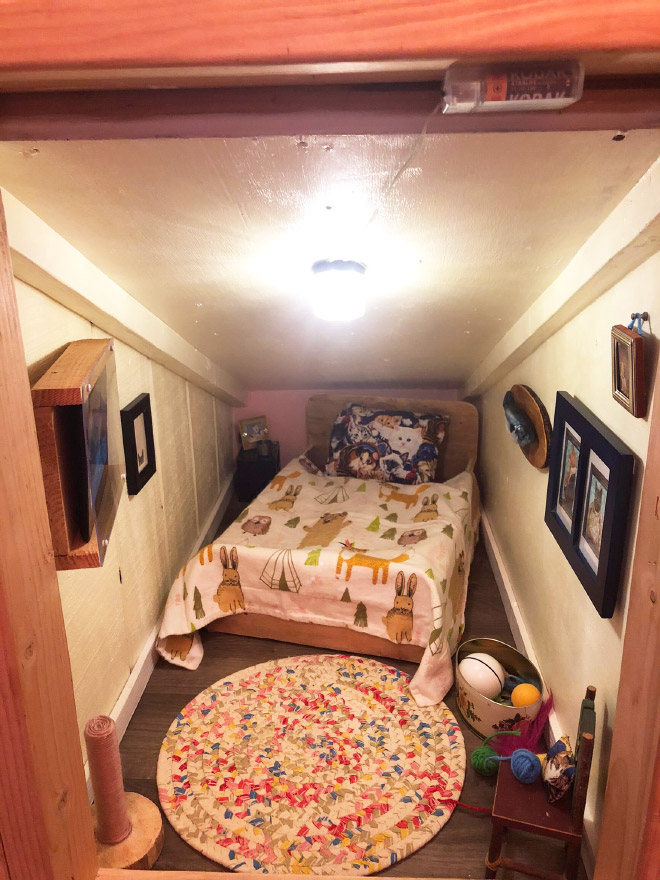 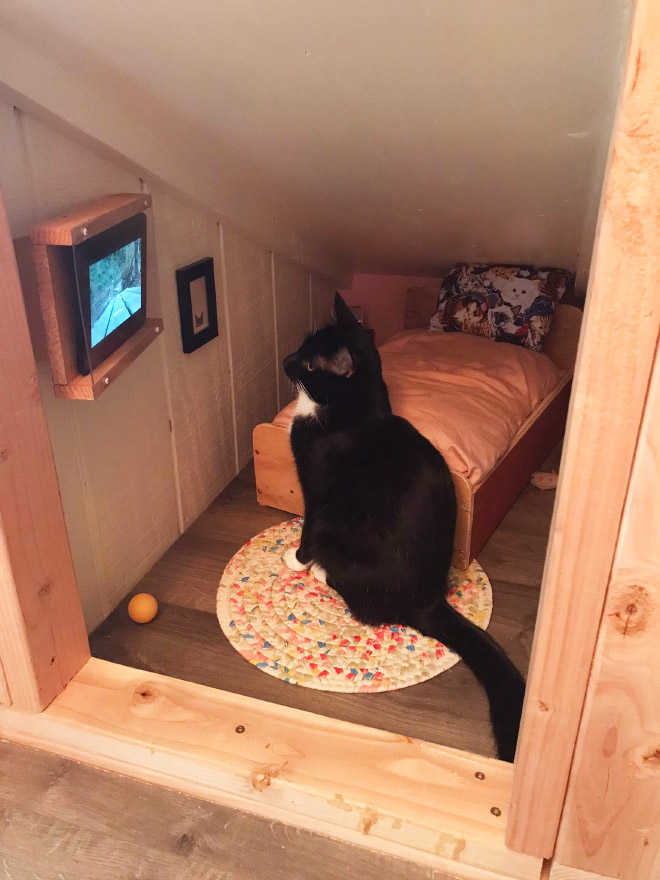 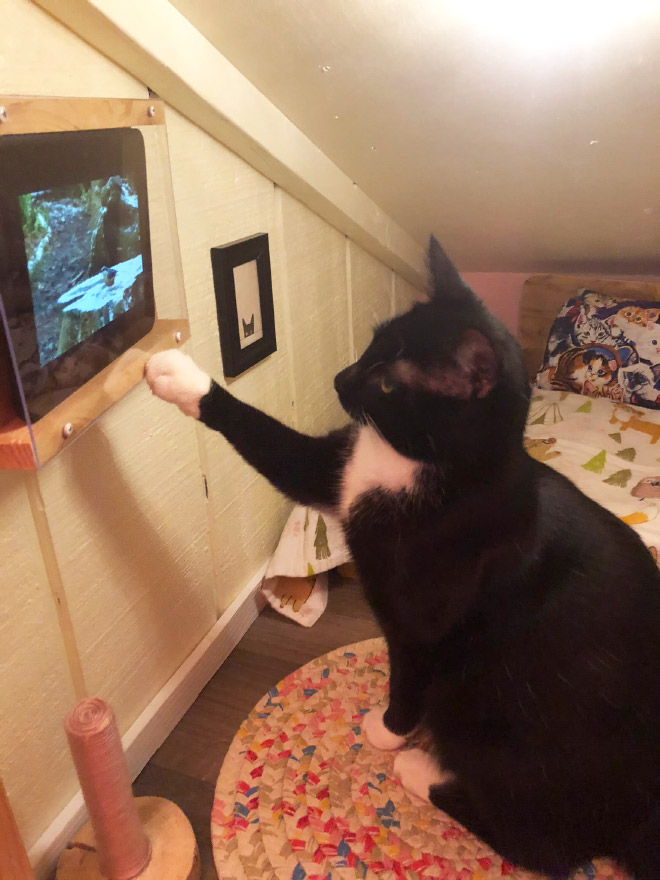 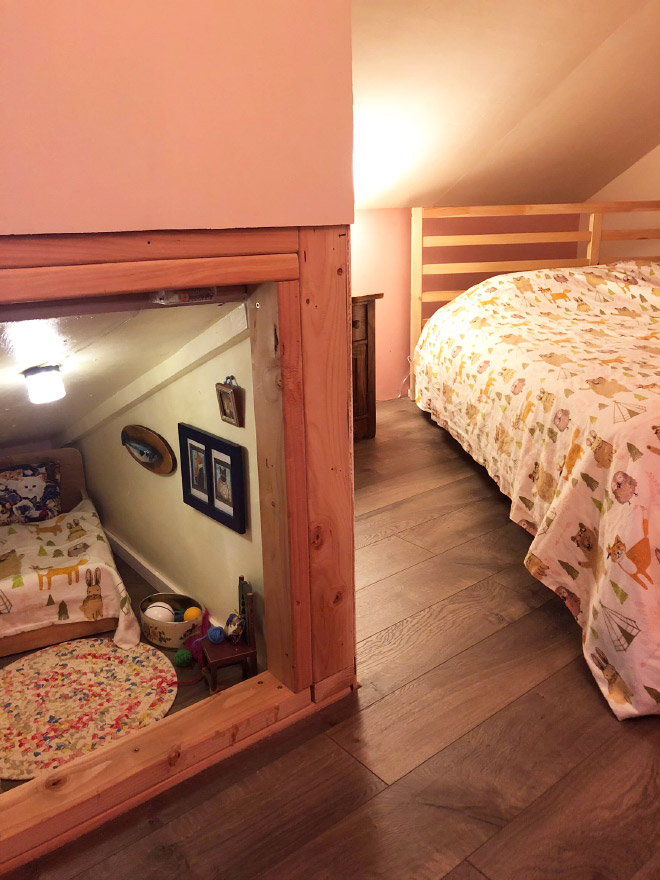 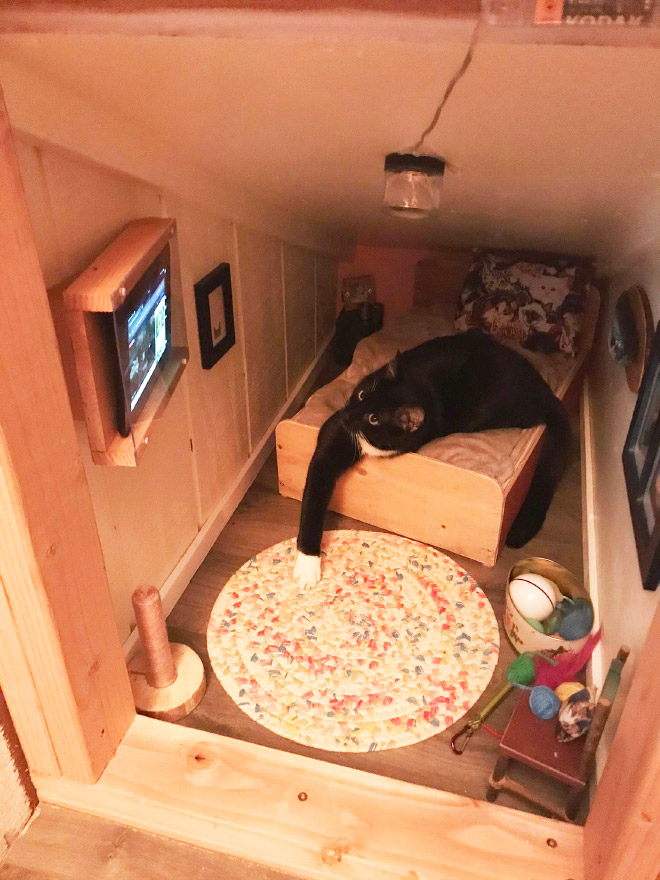 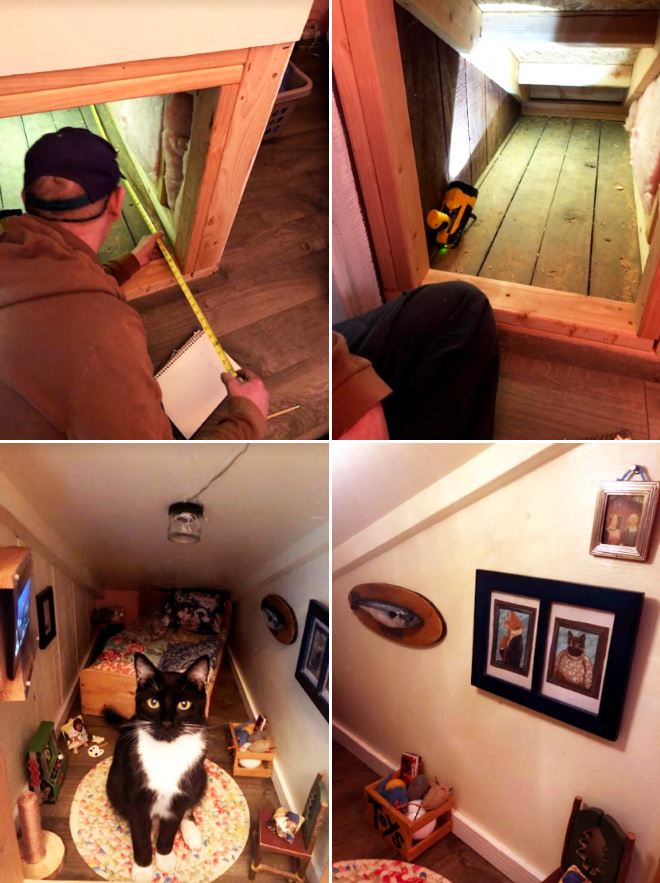