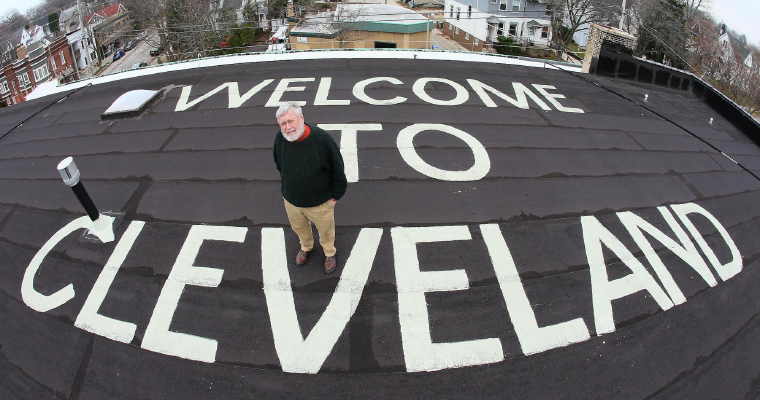 For four decades, Mark Gubin has been playing a prank on people flying into his hometown. As aircrafts descend into Milwaukee’s Mitchell International airport, passengers are greeted with a warm, welcoming sign “Welcome to Cleveland” that Mark has painted on his roof. Gubin says that the sign – painted on the roof of his apartment in six-foot letters – has always succeeded at giving flyers a good scare: “There’s no real purpose for having this here except madness, which I tend to be pretty good at.” 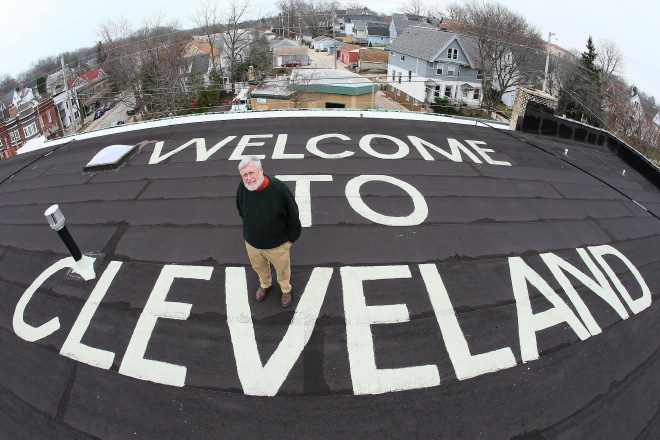 The retired photographer revealed that he first got the idea for the sign from his assistant, when he was having lunch with her up on his roof in the late 1970s. She had noticed all the low-flying planes in the area, and told him it would be nice to make a sign to welcome people to Milwaukee. But then Mark came up with an even better idea: a sign welcoming them to the wrong city. 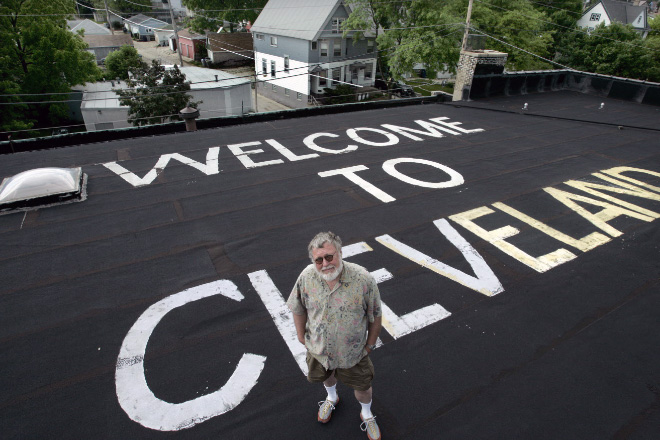 To avoid confusion, an announcement about the sign is usually made during a regular flight from Denver to Cleveland with a stop over at Milwaukee. Attendants reassure passengers that they have not missed their stop. However, the prankster has never received any complaints from the airport or any of the airlines that have flown over the sign. Gubin’s prank is still ongoing and he continues to touch up the letters on his own roof, with whatever paint he has available: “It’s all tongue-in-cheek, just for fun. Living in the world is not a dress rehearsal. You better have fun with it.” 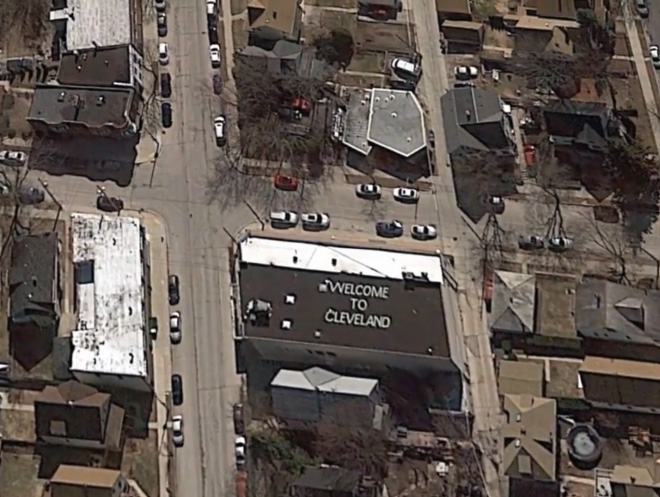 9 thoughts on “Guy Paints “Welcome To Cleveland” On His Roof, He Lives Next To Milwaukee Airport”