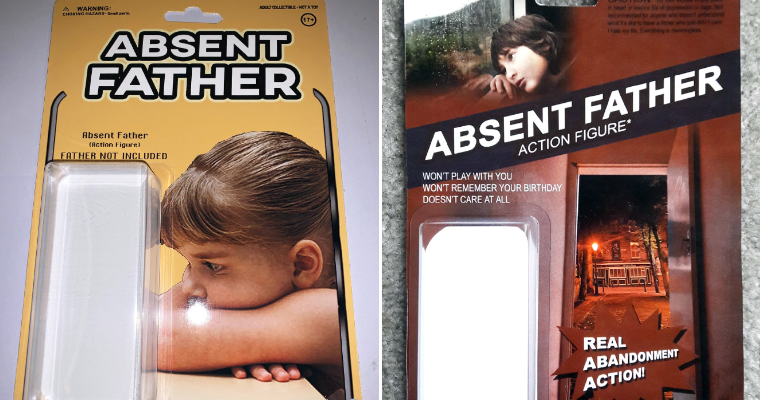 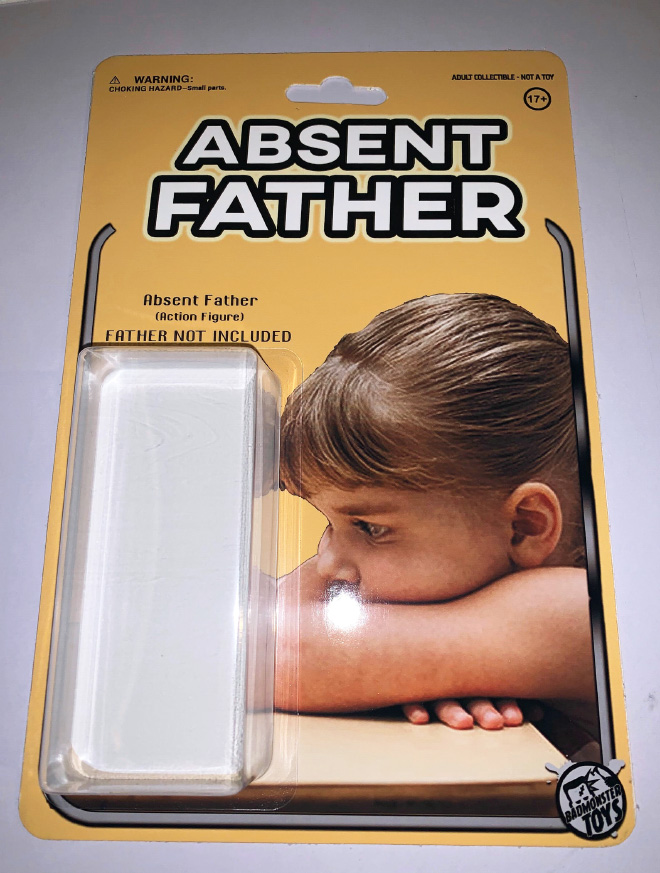 The packaging features a sad little girl, arms crossed staring into the empty space where a father should be. This all ads to the dramatic effect. Created by the Etsy artist Bad Monster Toys, who isn’t just the brains behind the Absent Father toy but many other weird and wonderful figures too, such as Jeffrey Epstein, Joe Exotic, and The Fog action figures. A great novelty and gag gift to give to a friend, or if you’re really that mean by your fatherless children the absent father action figure and ruin their day.

In case you’re looking for a similar toy for boys, check out Absent Father action figure that’s made by another crafty Etsy seller – RxGrins. His version of Absent Father is guaranteed to not play with you, to forget your birthday, and to not care about you at all, bringing you the ultimate abandonment action! 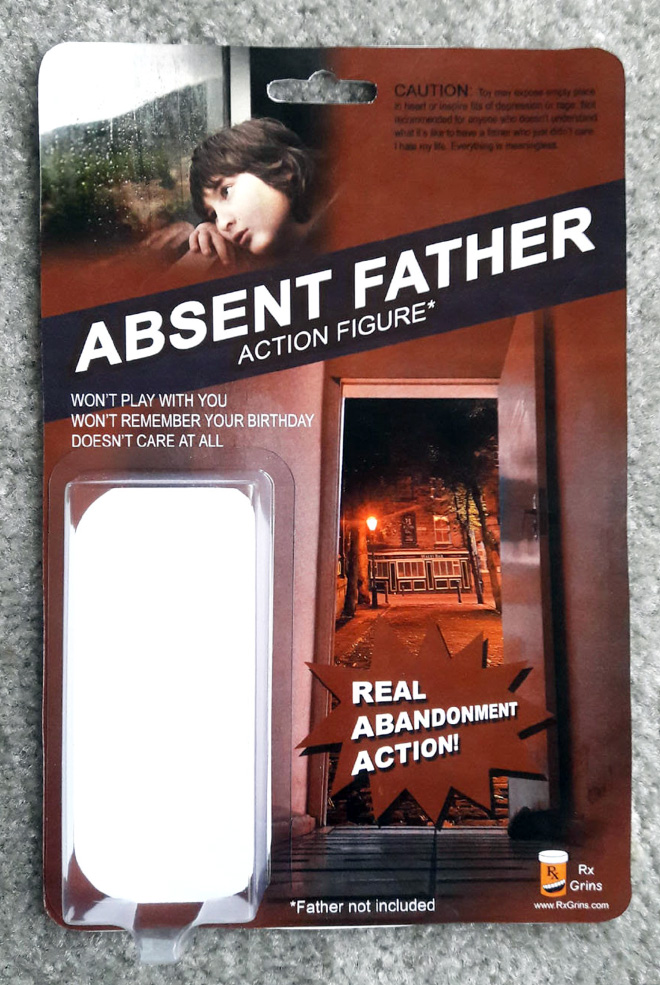 In case you find absent father toys too tasteless (or in case it’s sold out), you can also get Deadbeat Dad action figure which sold by company Death By Toys and features a dad who needed to run to the store quickly, but it seems he’s never coming back. 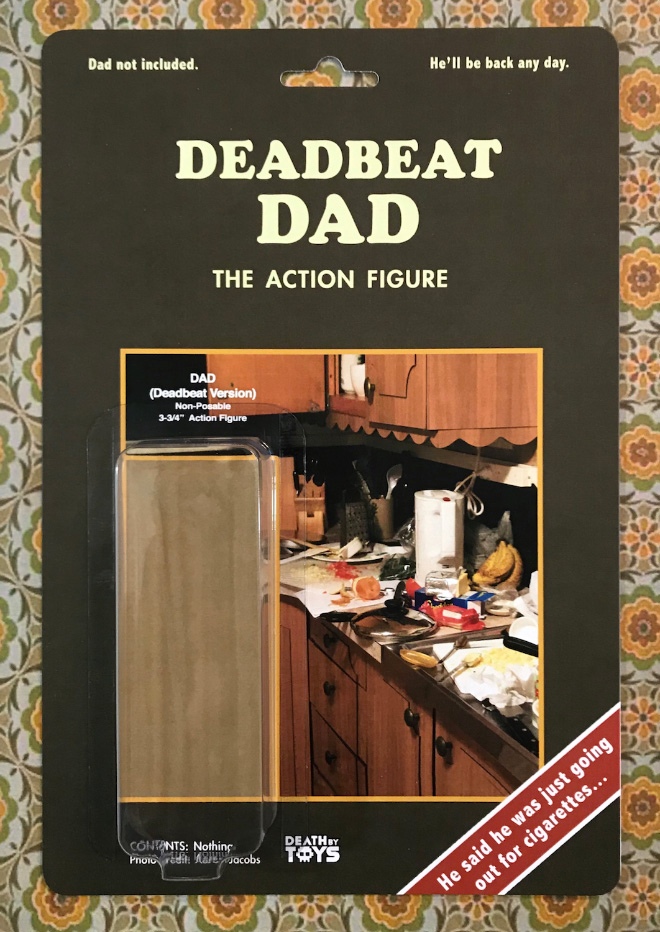 Please note that each piece is made entirely by hand, so there will be minor imperfections.

Let us know in the comments if this is actually funny or in such a poor taste and so cruel that any decent human being would get angry just by finding out that these toys exist!