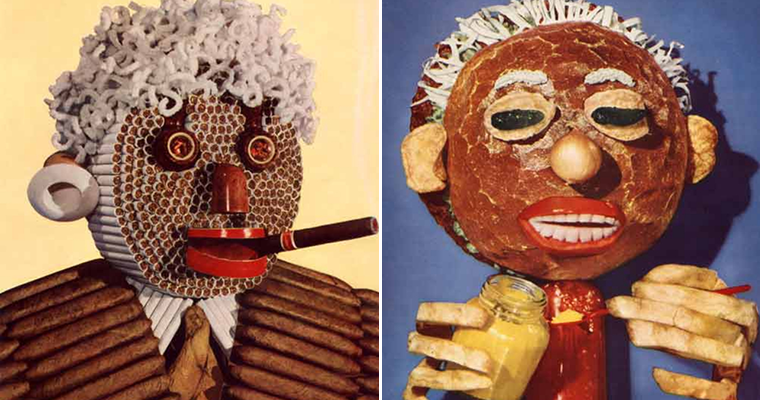 Nothing really can prepare you for what you are about to see. As you can gather from the title, Dayalets were popular vitamins back in the 1950s, but they were also so much more: they were glimpses into the hideous, ironic permutations that awaits people who have inaccurate vitamin consumption habits. And keep in mind these are designed to hang in doctor’s offices and make patients WANT Dayalets. Most people would want something else, like an exorcism. 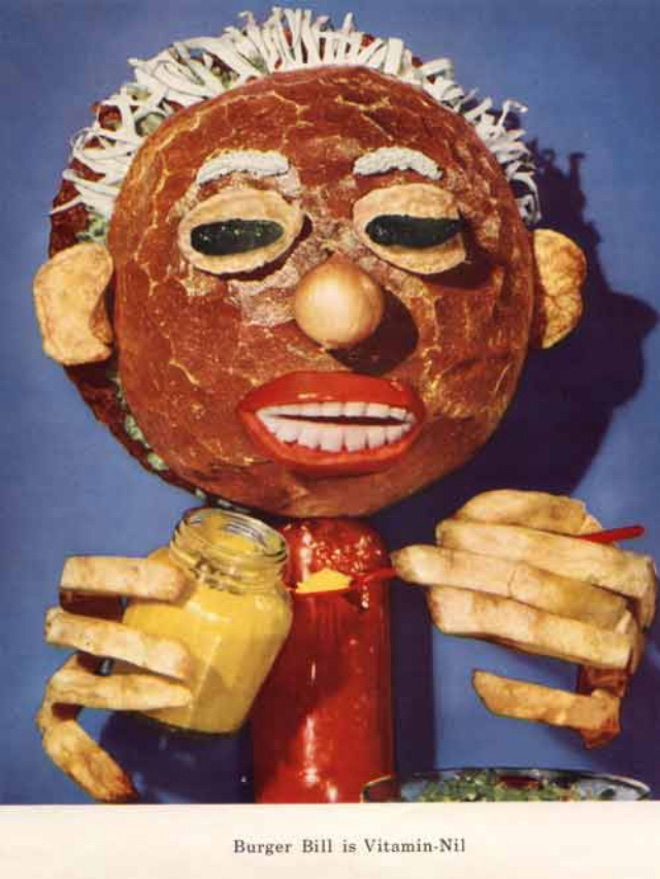 In the 1950s, Abbott Labs used food, candy and cigarettes to create a series of horrifying advertising mascots. They designed the advertisements to be hung in doctors’ offices and inspire patients to take Dayalets. Dayalets, also known as “the people’s medicine,” were thought to right all the wrongs of a meat-and-potatoes diet and heavy nicotine regimen, as was popular at the time. 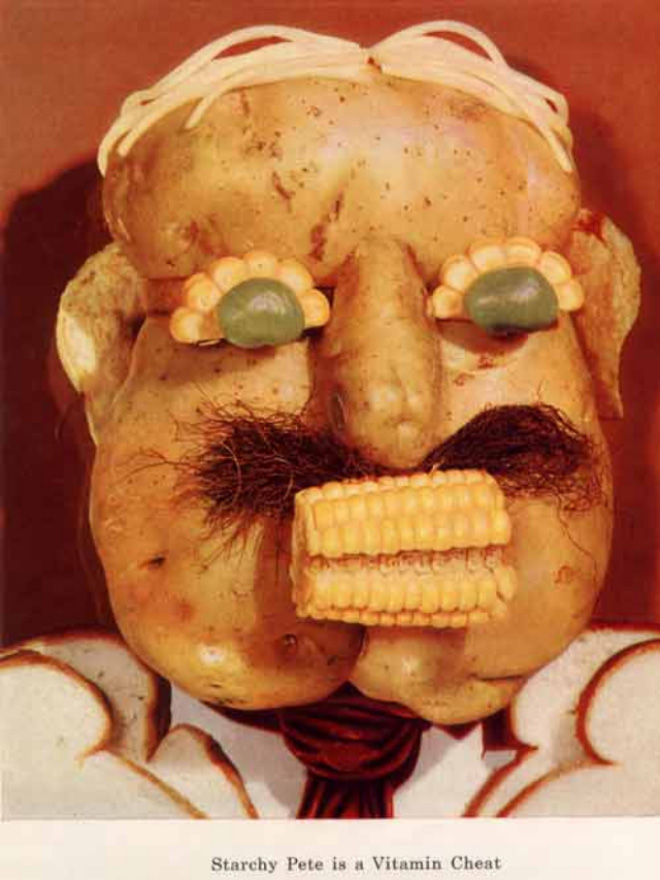 Sometime thereafter, Abbott Labs published the color reproductions “suitable for framing”. These nightmare inducing abominations are featured in this post. The only thing we can say: thank God we don’t live in the 1950s! 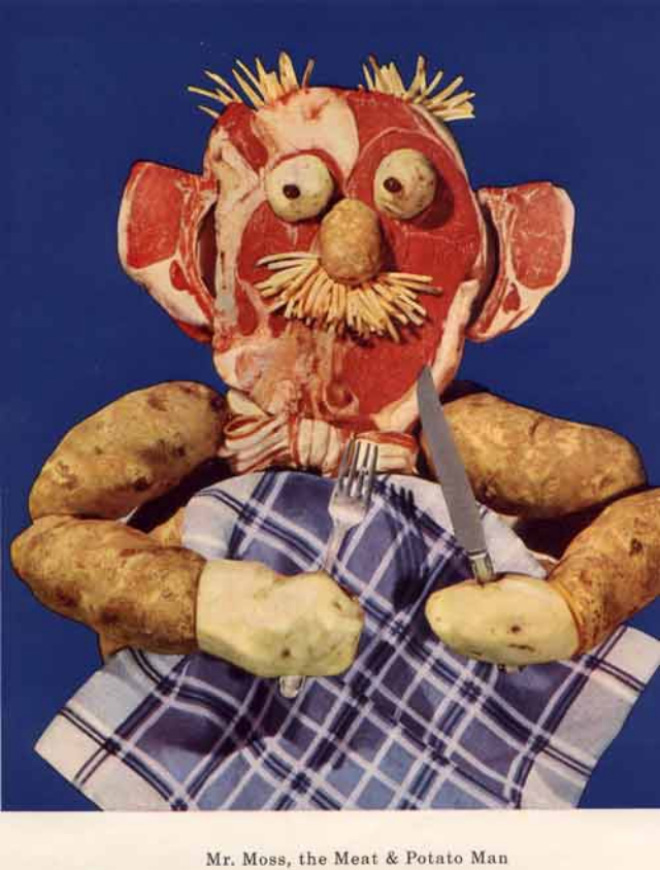 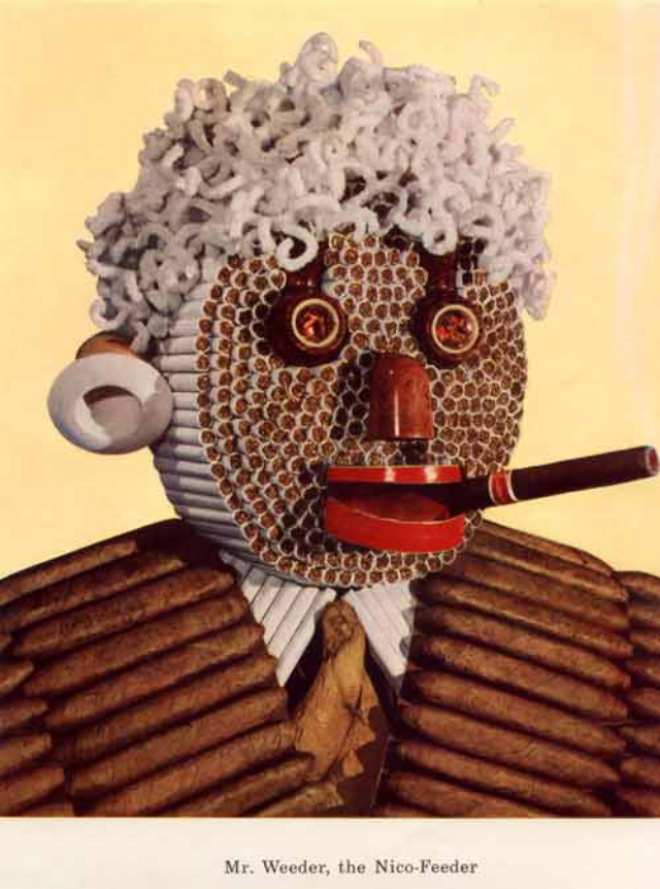 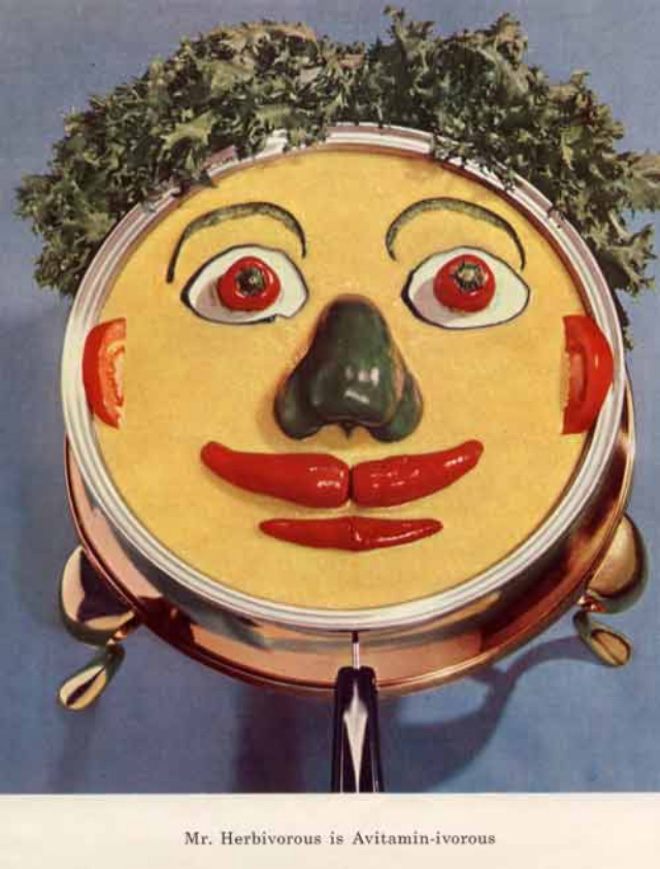 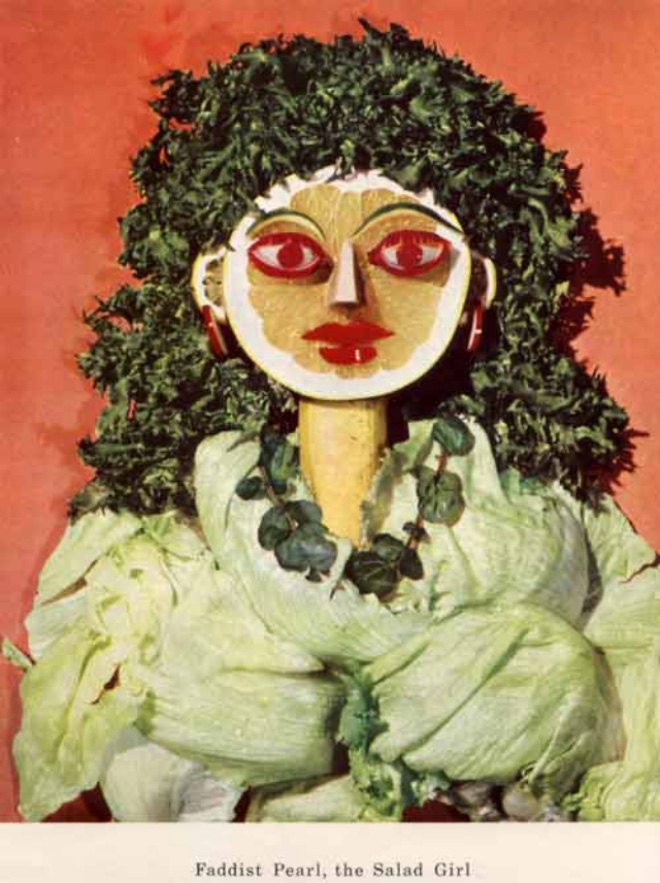 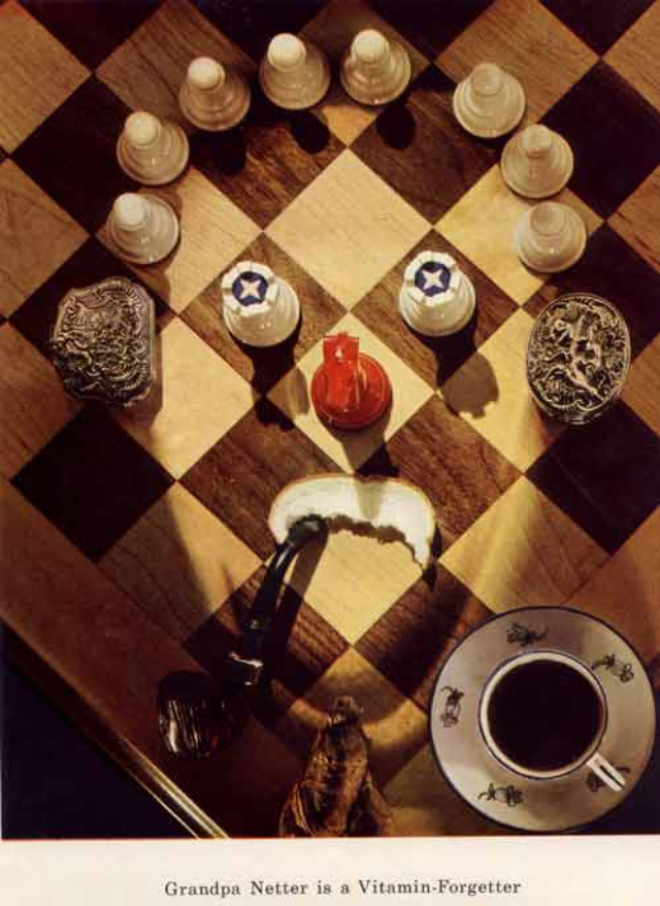 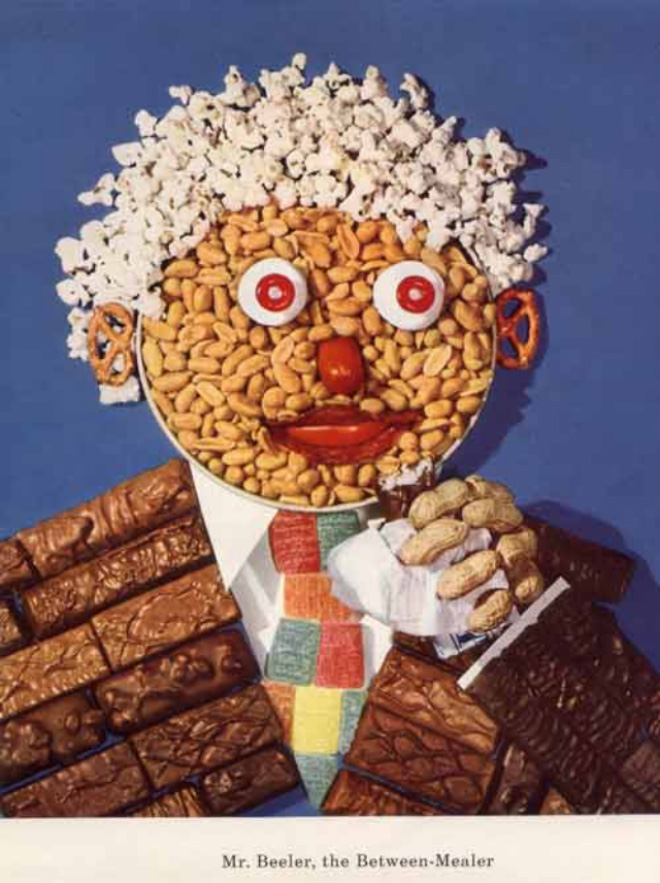 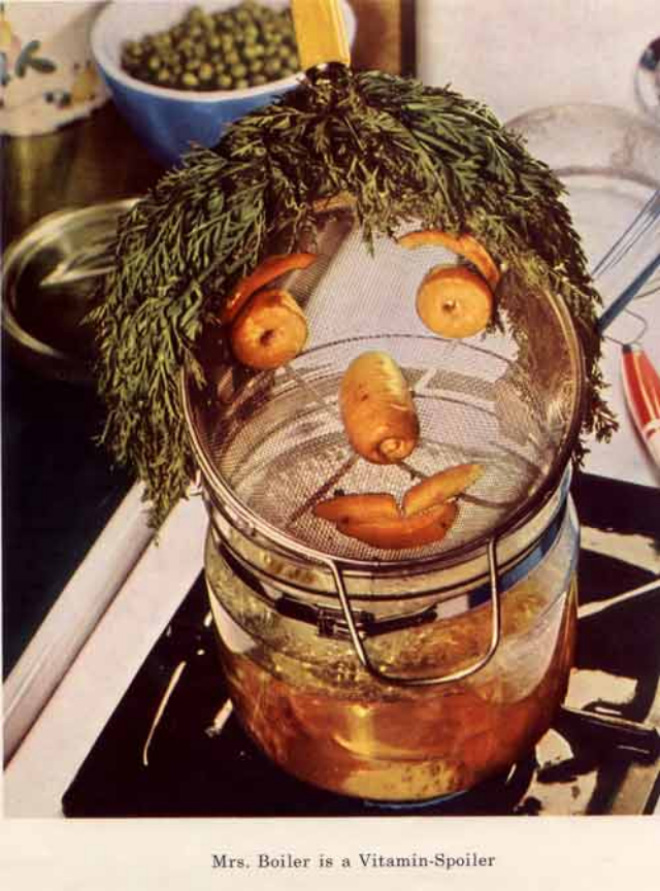 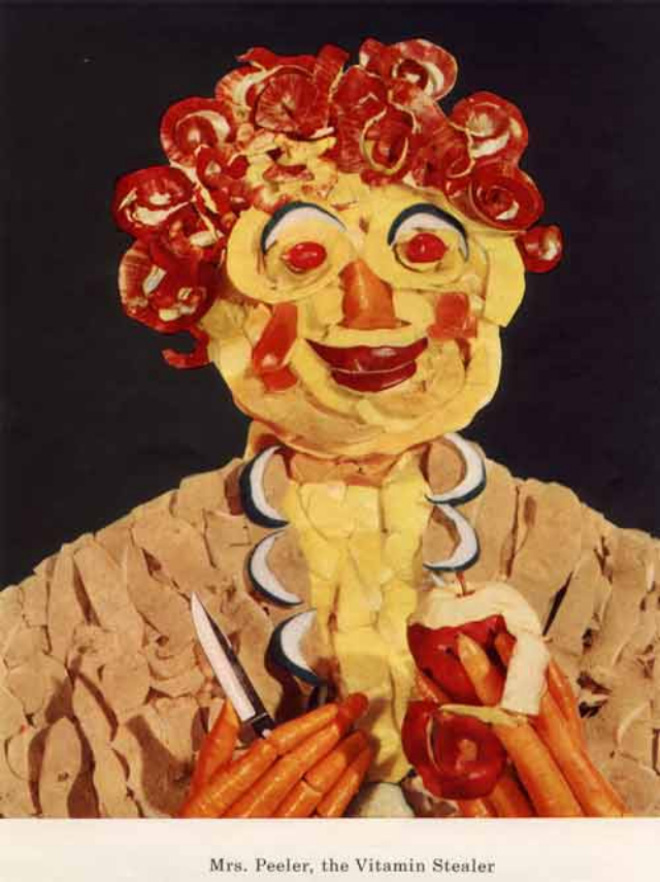 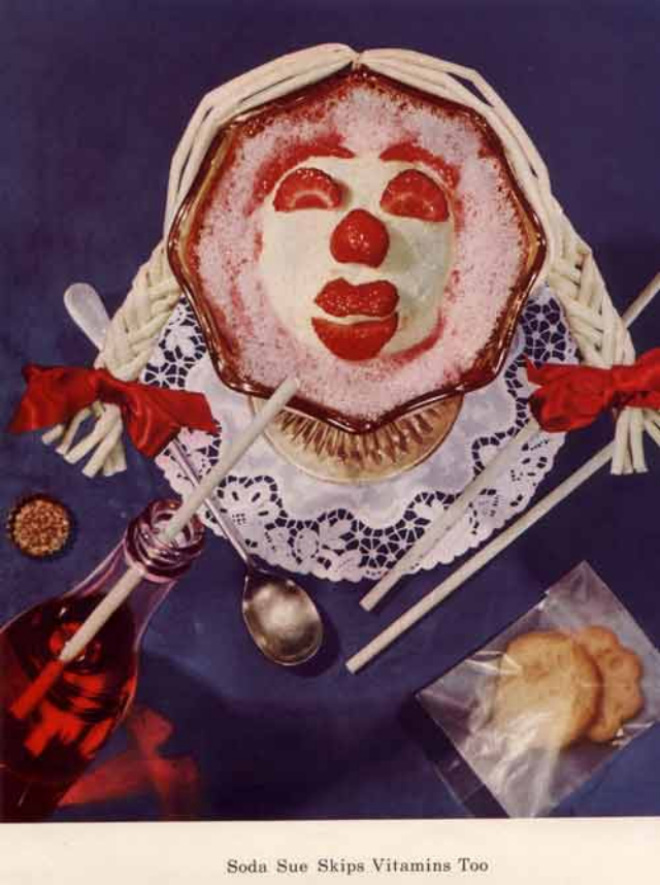 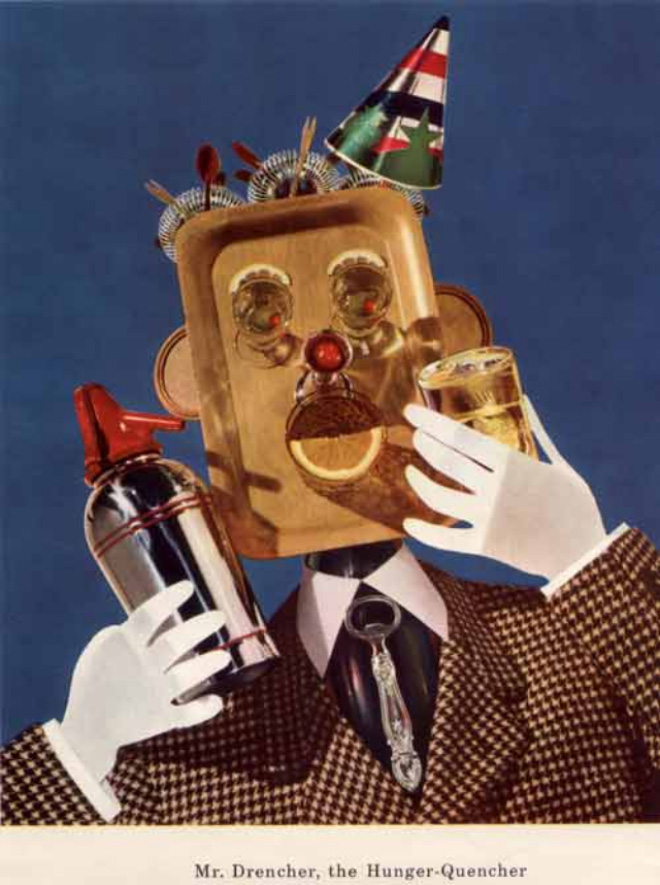 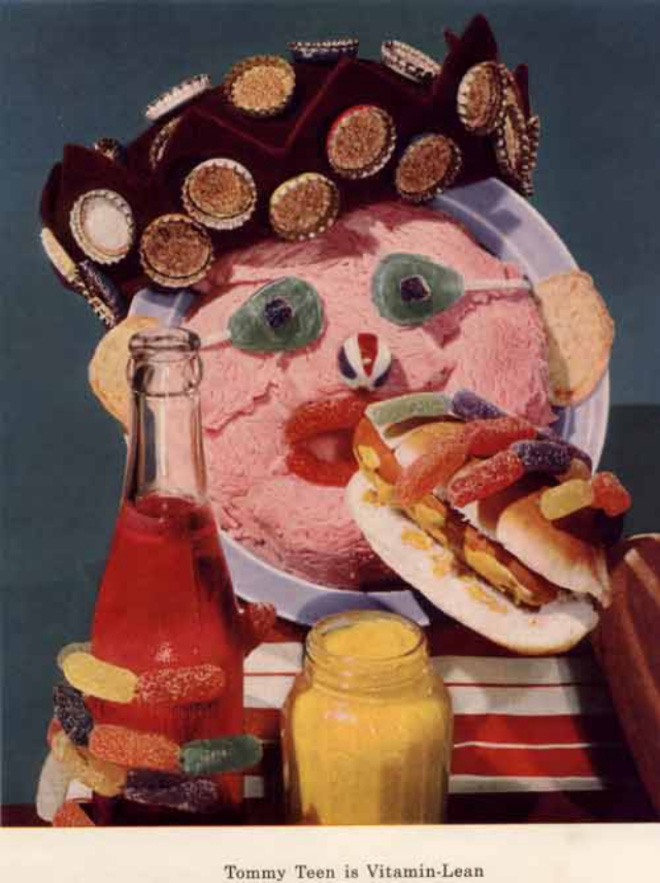 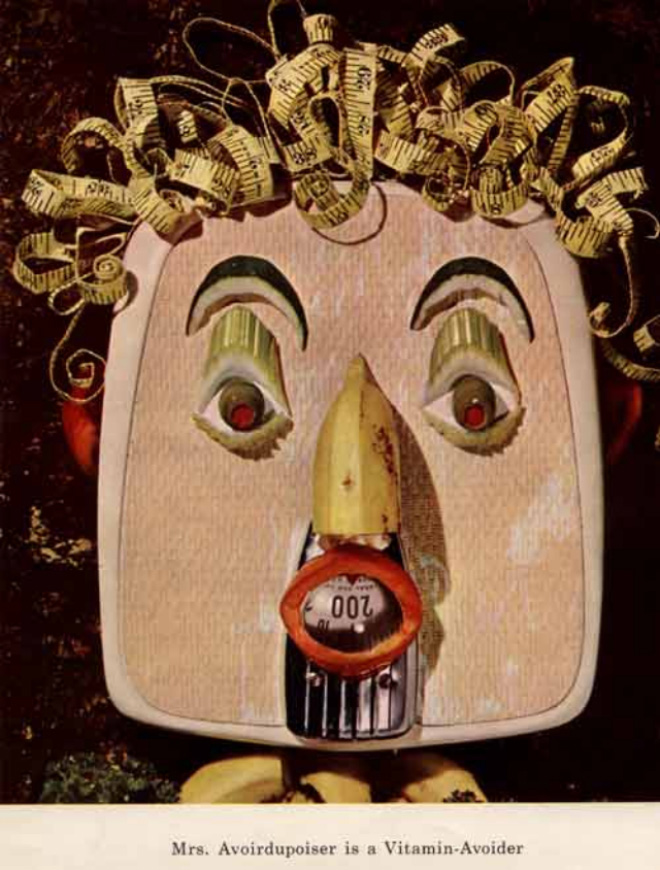