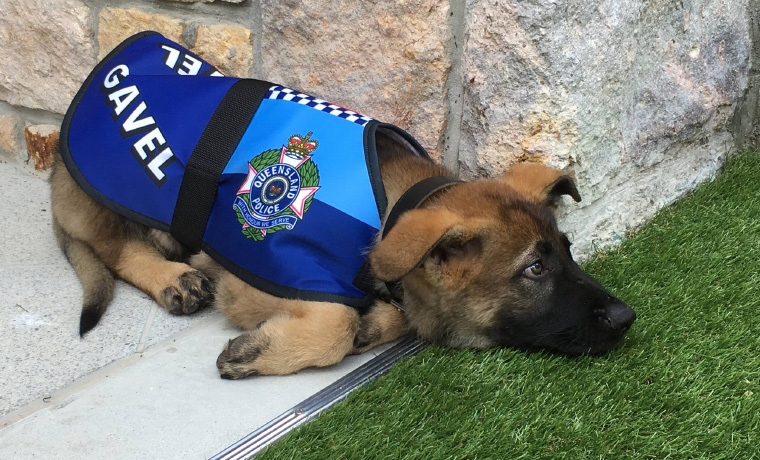 Meet Gavel, the German shepherd who was fired from a job as a police dog for… being too friendly for this type of work. Instead of sniffing for explosives and catching thieves for the Queensland Police Service in Brisbane, Australia, the pooch was more interested in getting belly rubs. 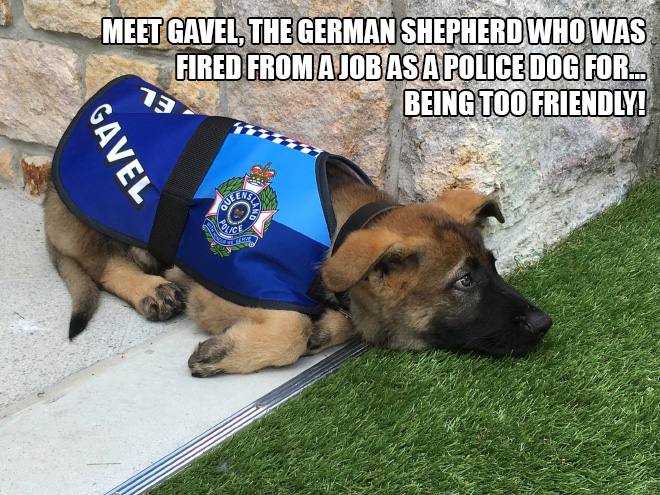 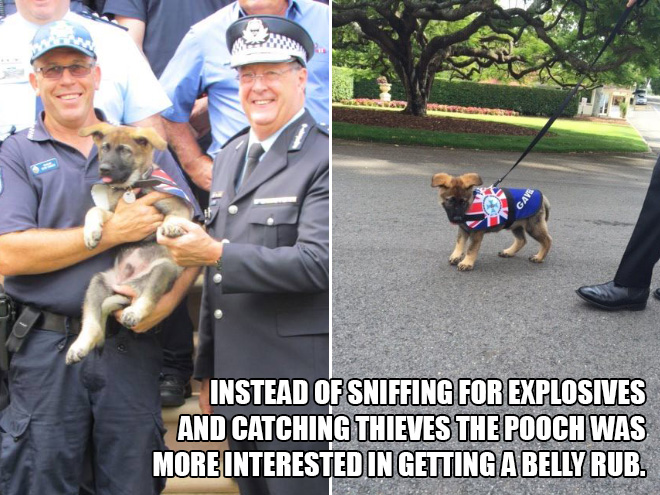 However, being the good looking boy that he is, he didn’t have to spend a lot of time standing in line with the unemployed, because he has just landed an even better job for himself. He was adopted by governor Paul de Jersey, so Gavel became the official Vice-Regal dog. Gavel even got to sign the contract that says his duties include welcoming visitors and attending official ceremonies – often dressed in fancy little outfits. 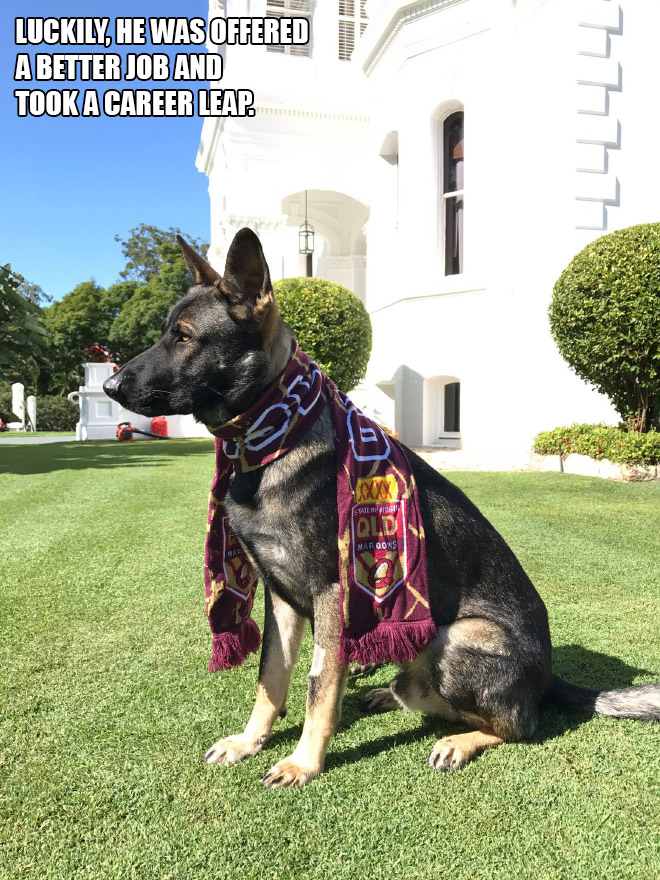 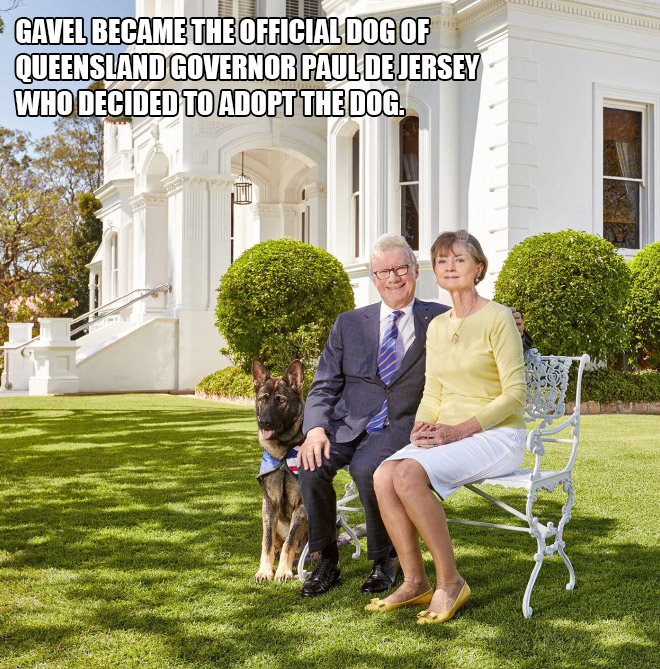 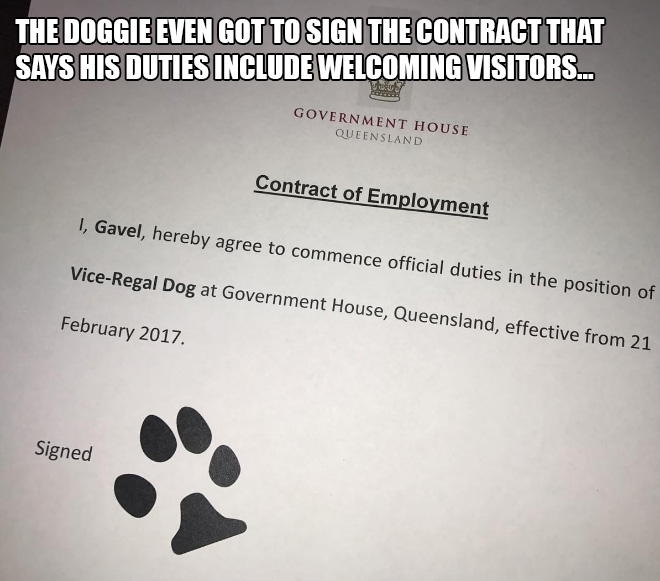 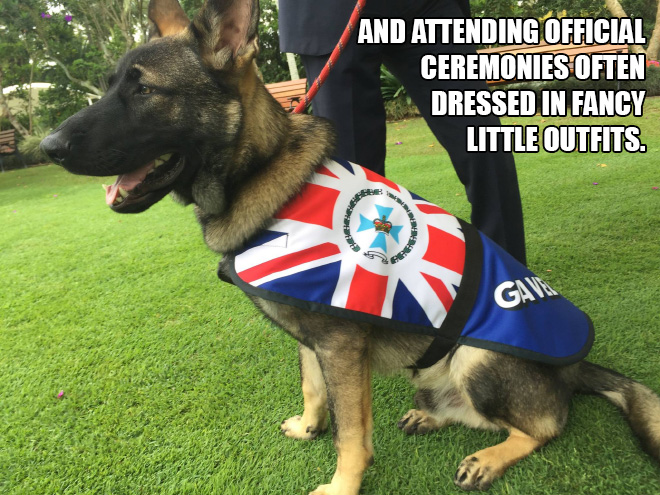 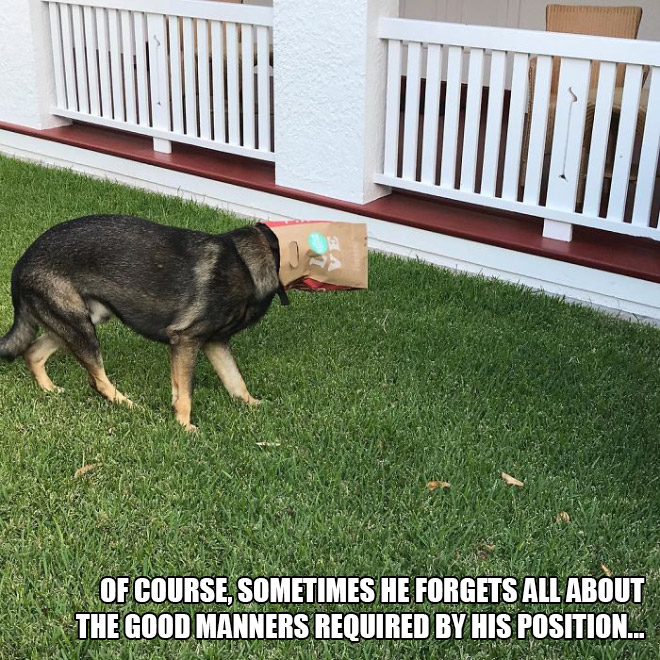 2 thoughts on “Police Dog Gets Fired For Being Too Friendly, Gets an Even Better Job Offer”