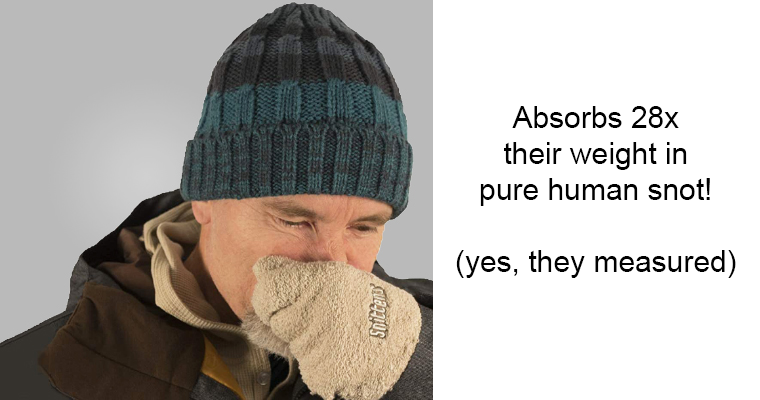 Remember Shittens we featured some time ago? Well, there’s a new similar product, but this time for your nose. Snittens are winter gloves that are made specifically for wiping your nose while outside on extra cold days. You probably already wipe your nose on your jacket sleeve, so why not just use these extra soft snot absorbing gloves instead. Just don’t go shaking anyone’s hand with them on after using them… 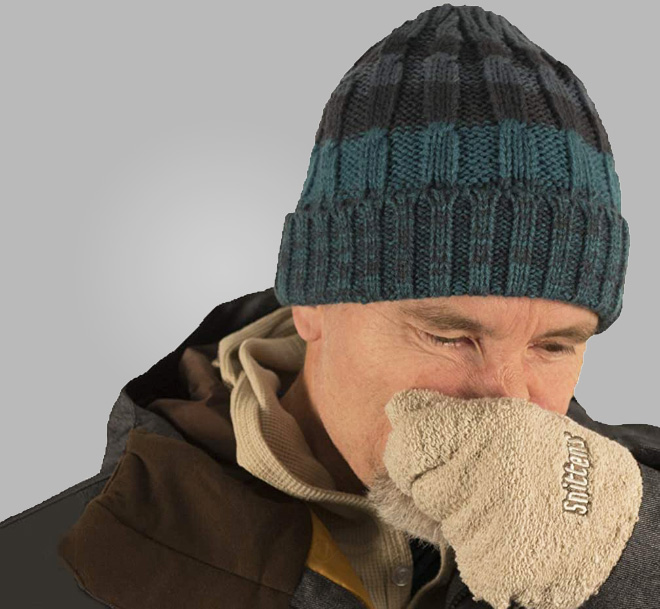 Regarding shaking hands: in many countries it’s actually is considered very rude to shake hands with gloves or mittens on, so you should always remove them before greeting someone – doesn’t matter if they’re covered in snot or not. Anyways, back to the Snittens. The company behind Snittens claim that they are actually able to absorb 28x their weight in pure human snot (yes, they measured). This is a pretty good gag gift, though they’re actually quite useful for people who need them. 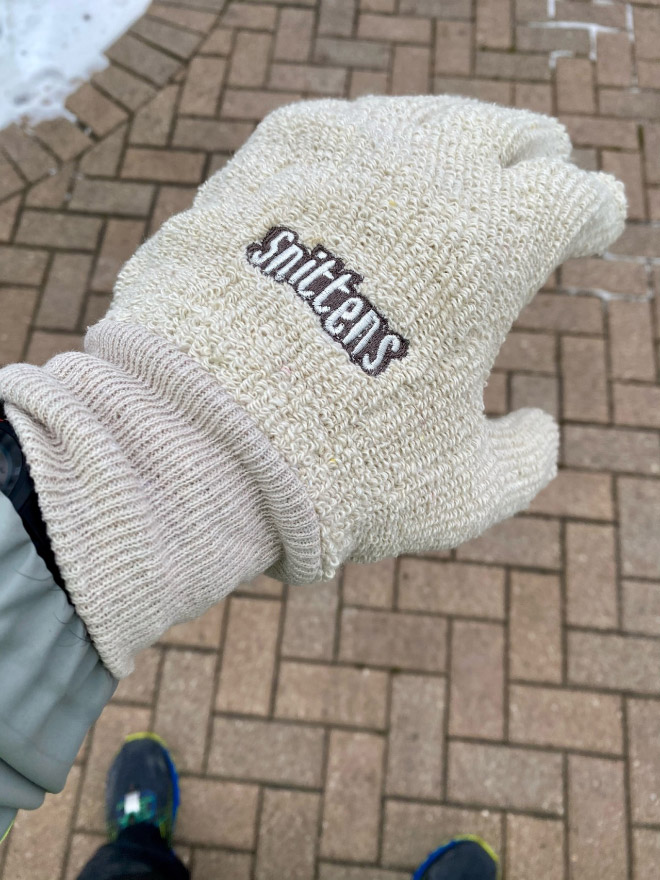 One side of the gloves is meant to absorb your snot (on the outside), whereas the inside of the gloves are meant more to absorb your tears. So don’t mix the sides up and end up wiping snot into your eyes! These mittens are machine washable so once you get snot and tears all over them, just throw them into the washing machine to use them again the next day. 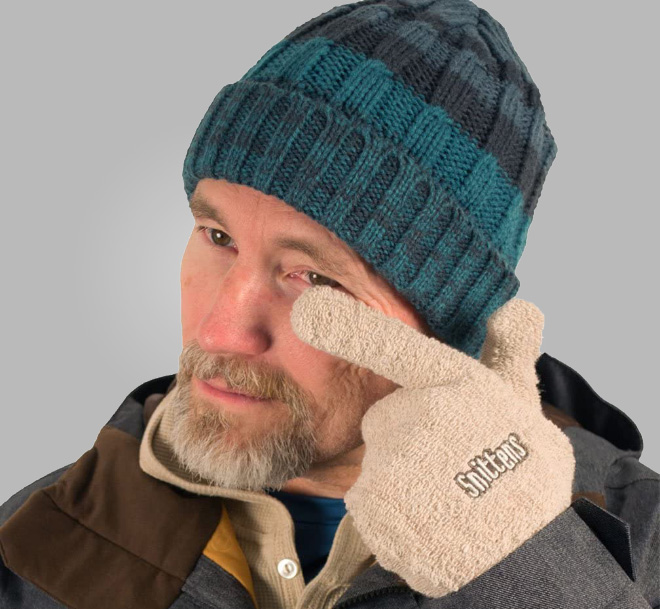 There are two different versions of the Snittens, one version for men, and another version for women. The only difference is the style and size of the mittens. The snot holding level and general performance remains the same. So what are you waiting for? Get ready for the winter now, get your Snittens on Amazon now!

2 thoughts on “Snittens: Mittens Made Specifically To Wipe Your Snot”