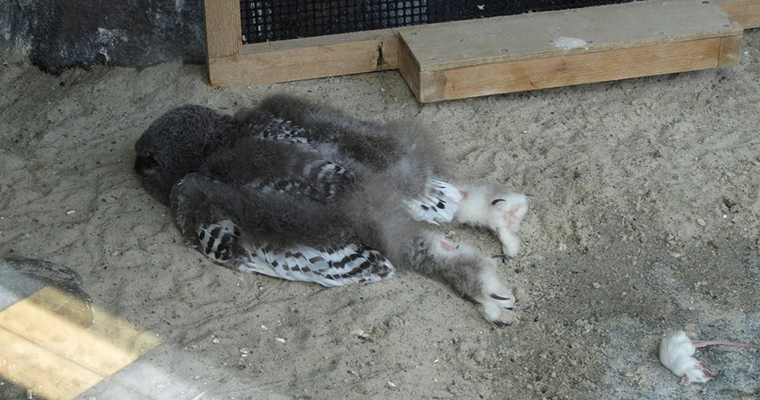 Yes, young owls nap with their face down. Yes, they look unbelievably cute and as if they just got back from a night of heavy drinking at the same time. And yes, probably 99% of people wouldn’t even have known about it if it wasn’t for the journalist Mark Rees catapulting sleeping owls into internet stardom with his viral tweet. Now owls are getting famous without putting any effort into it, and some influencers are probably incredibly jealous. 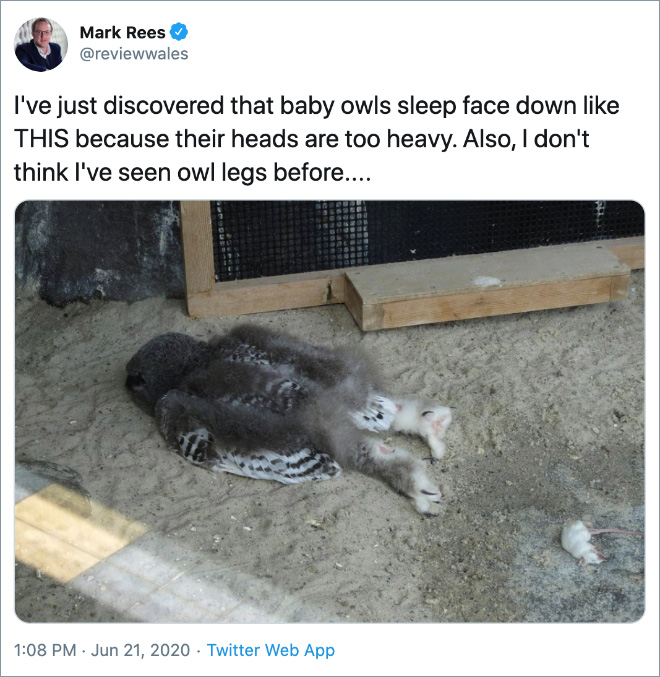 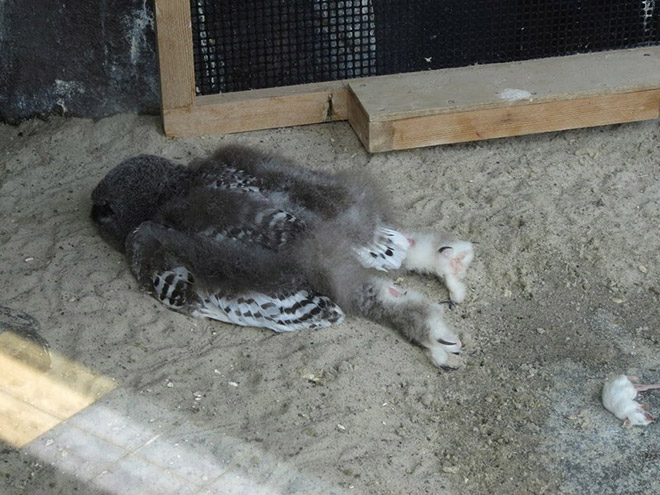 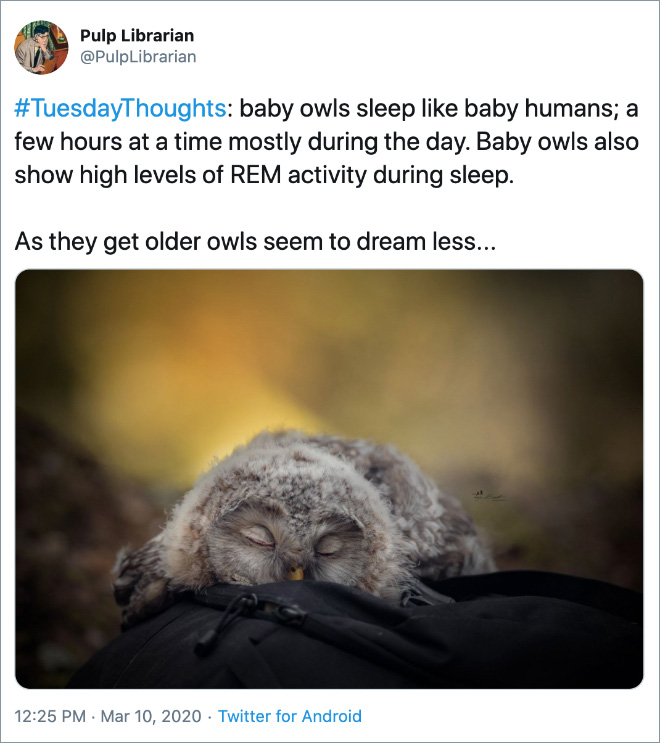 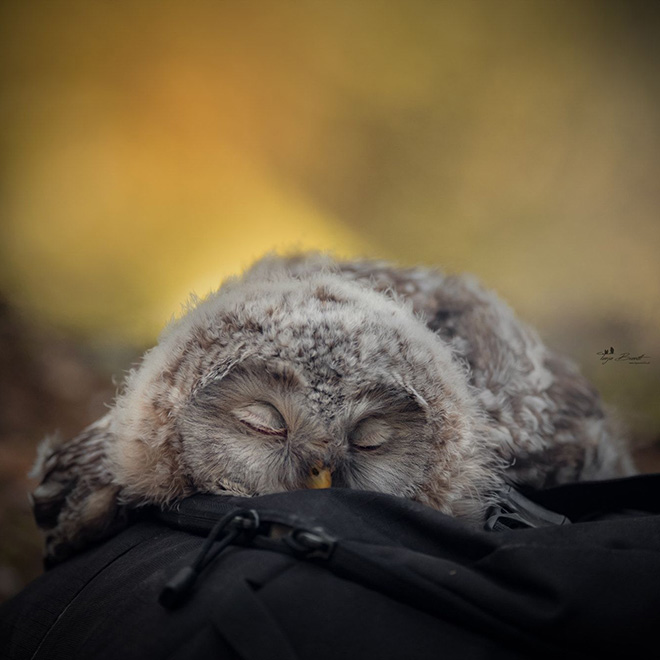 To be honest, we couldn’t back up or dismiss Rees’ explanation that the young owls sleep like that because their heads are too heavy. All that we know is that they really do nap like this. The National Audubon Society, for example, published a heartwarming story about two Barred Owlets who had fallen out of their nest. After the babies were put back into the tree, their rescuers observed how they were recovering. “Keeping their talons tightly gripped on a branch, the owlets lay down on their stomachs, turned their heads to the side, and fell asleep. Their naps are short, and when they are asleep, they do not like to be awakened, even to be fed,” the article said. 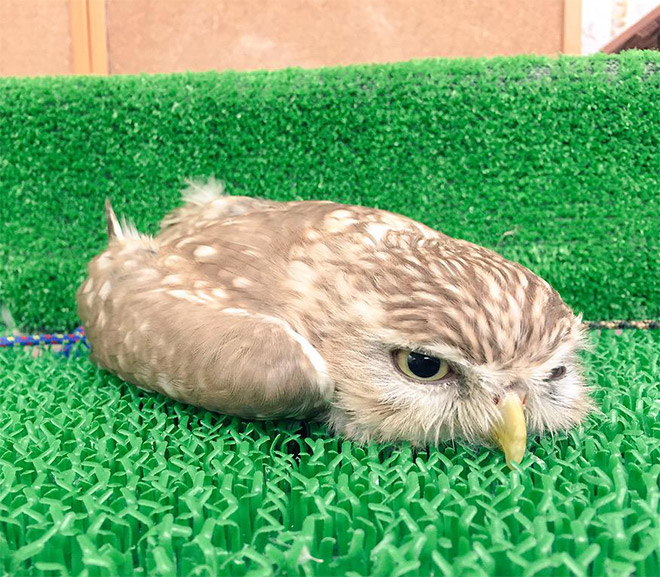 Interestingly, a young owl doesn’t fall out of the tree while it snoozes because it holds onto the branch with its back toe, the hallux. The hallux will not open or let go until the bird bends its leg. 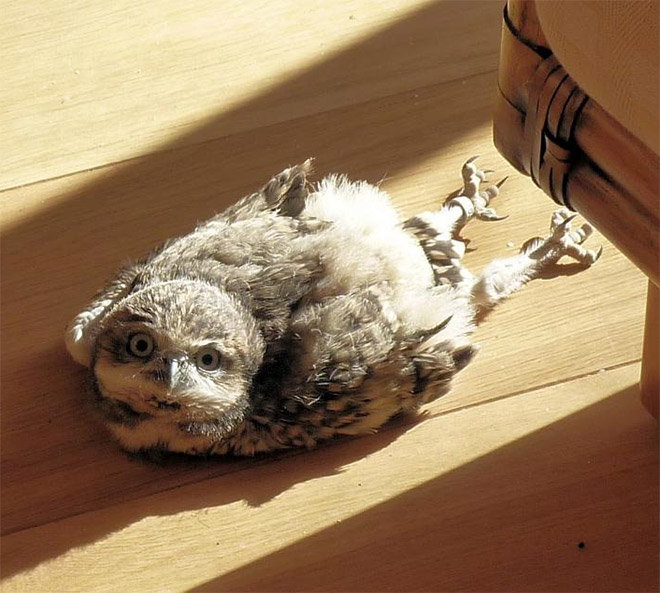 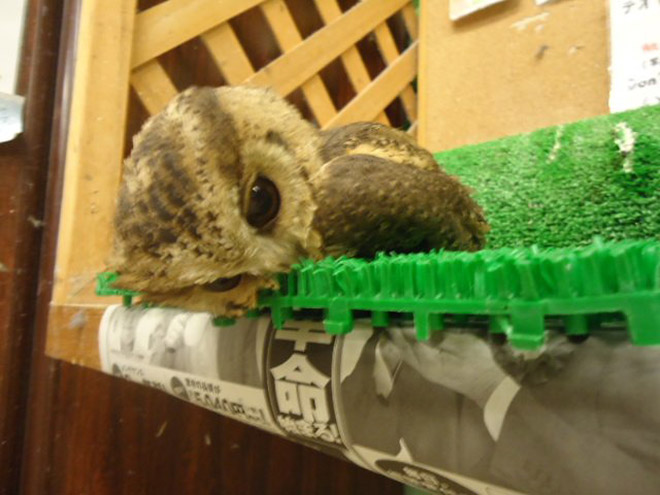 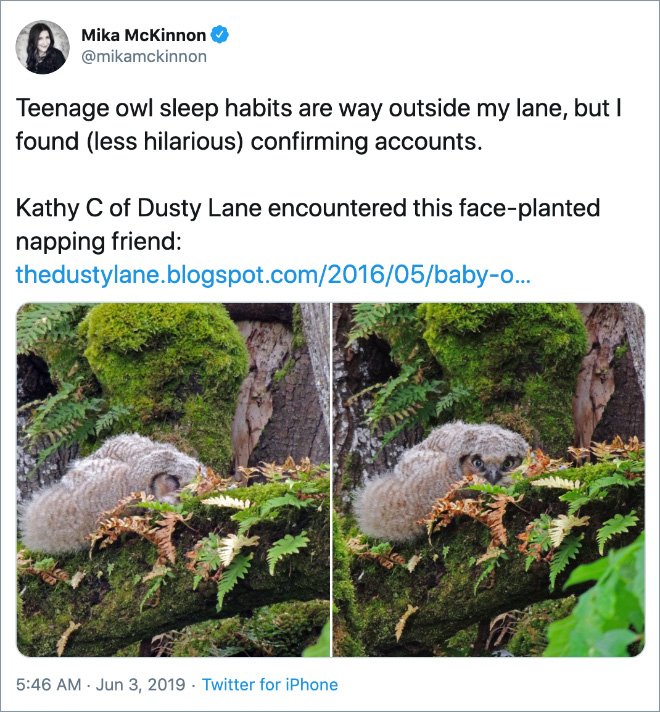 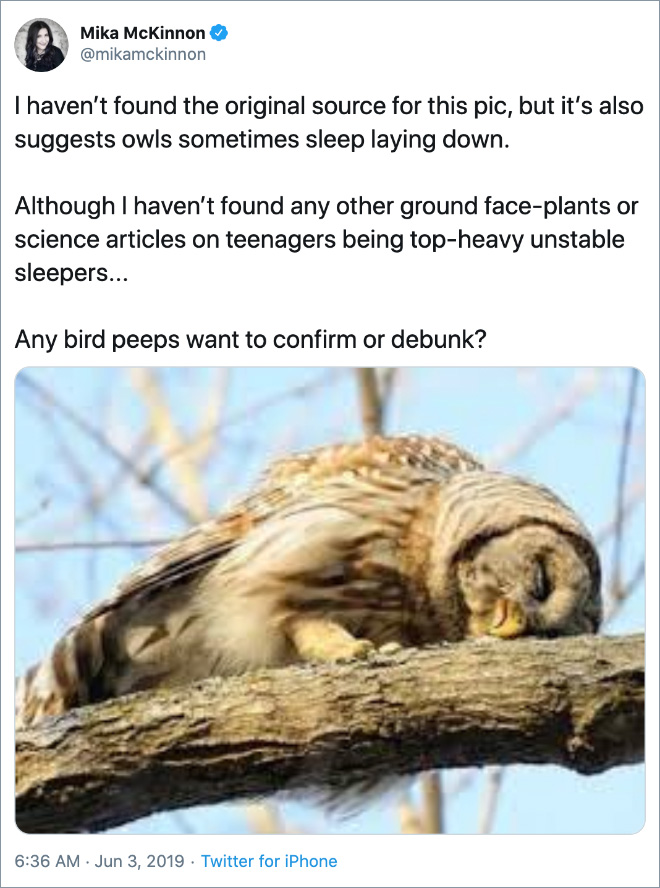 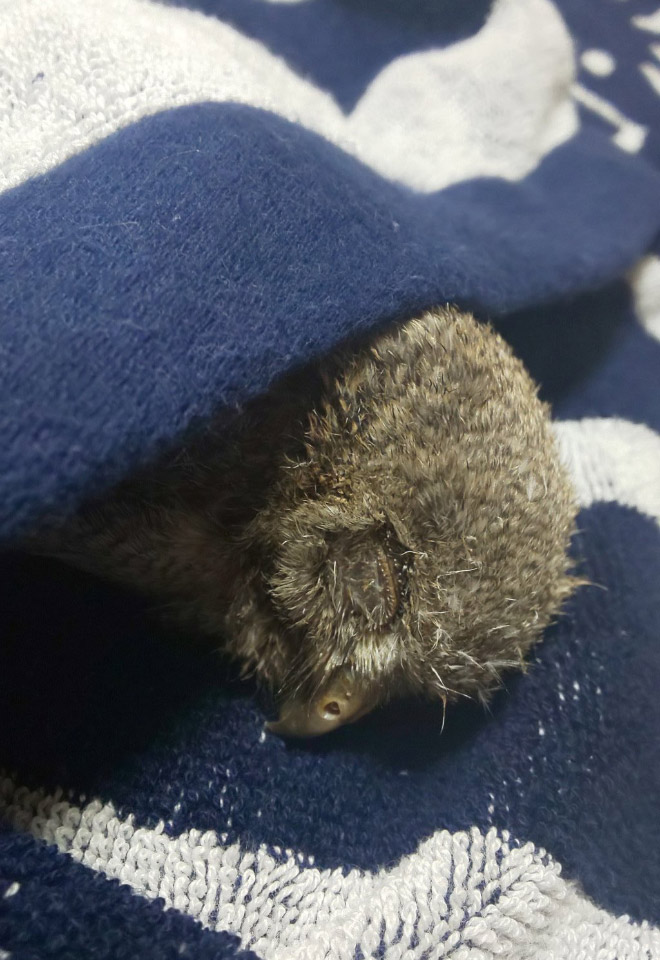 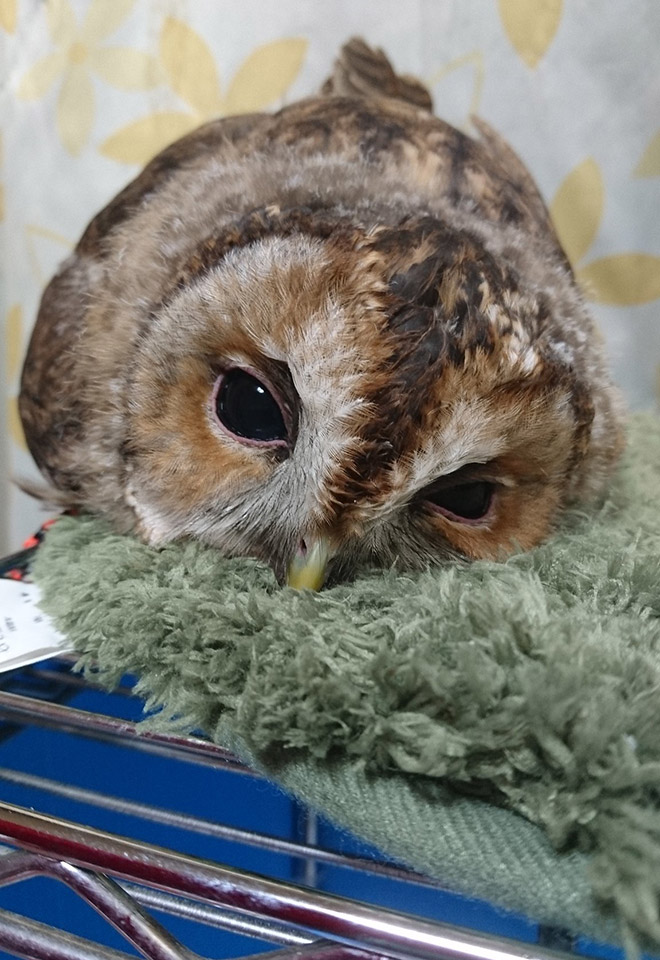 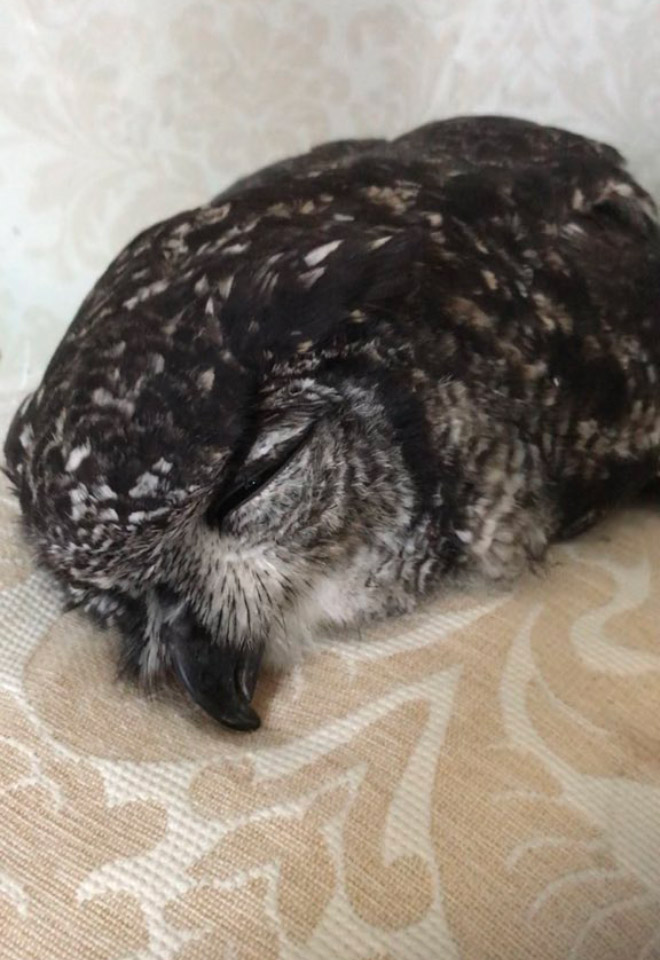 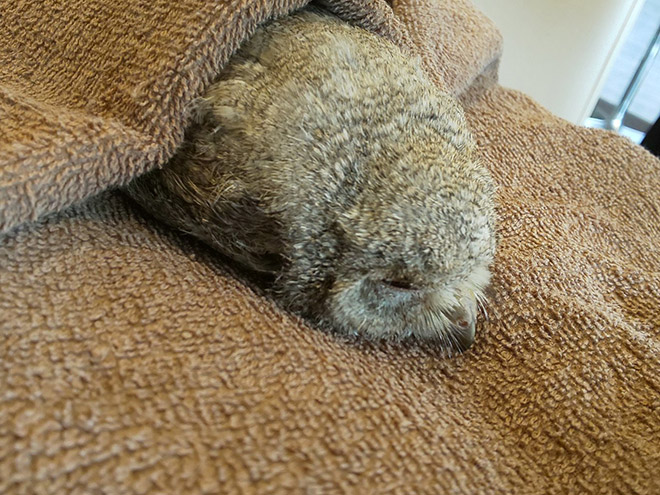 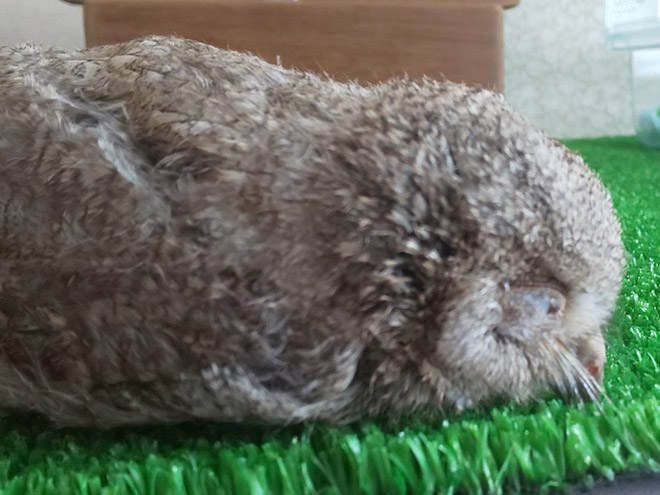 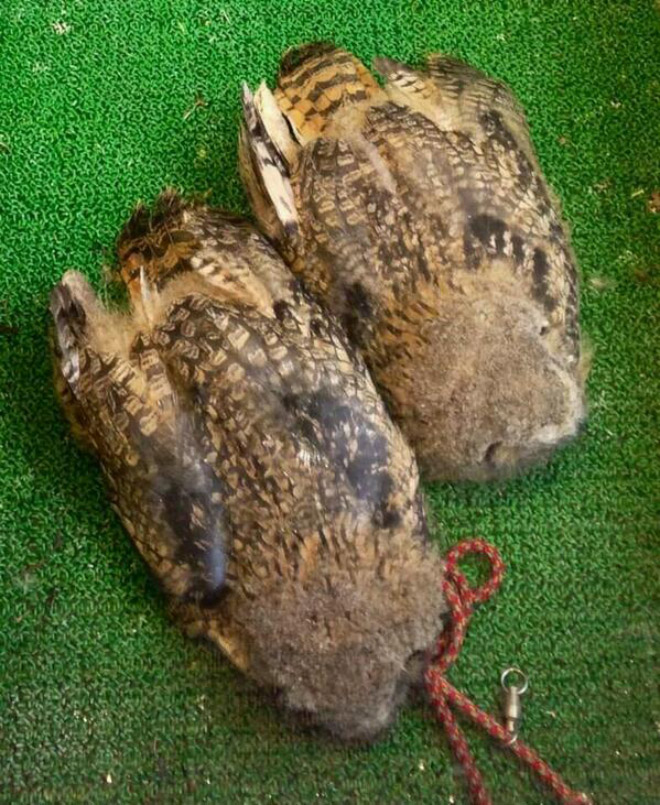 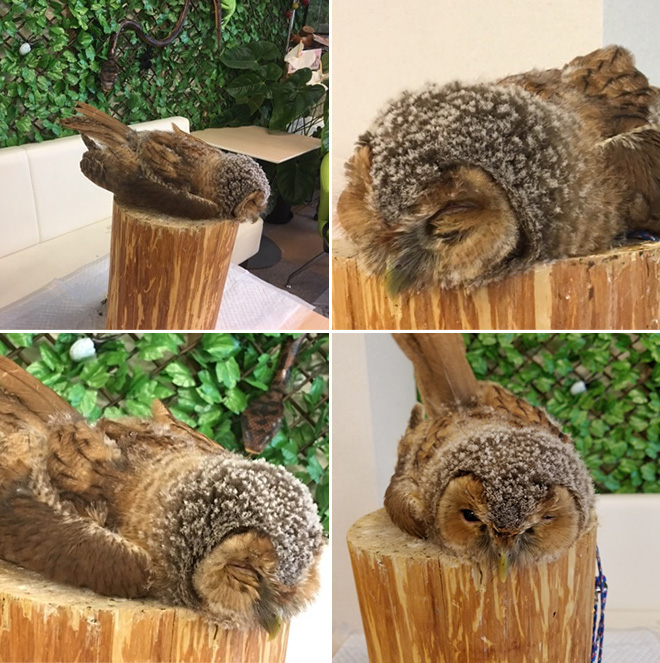 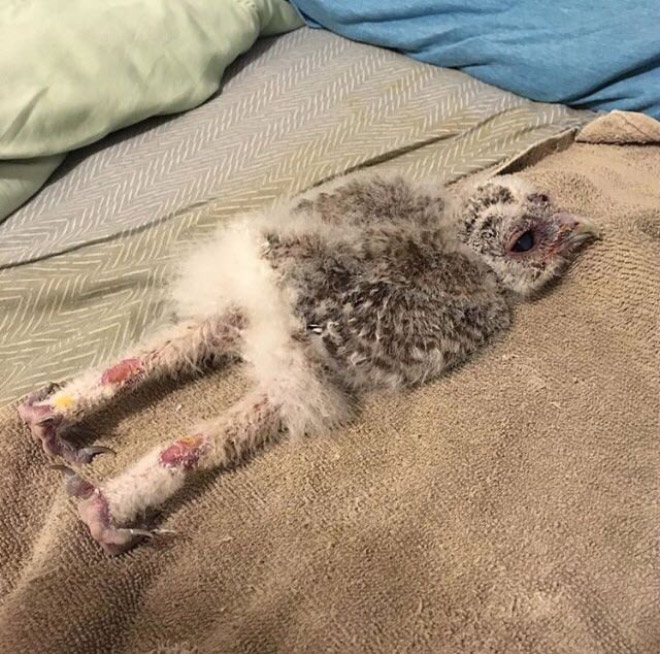 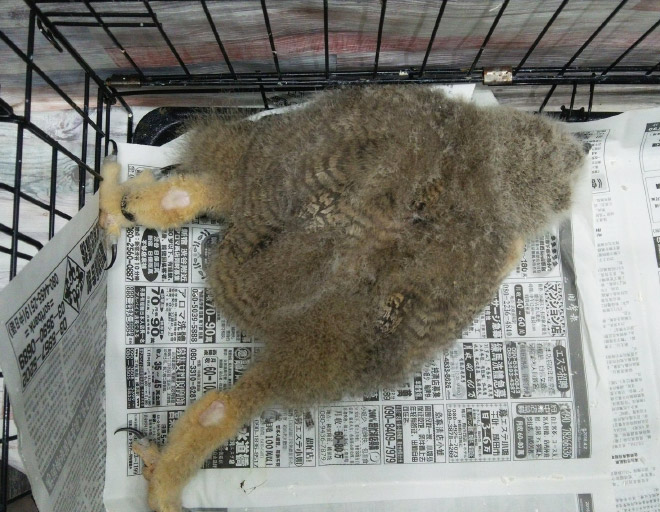