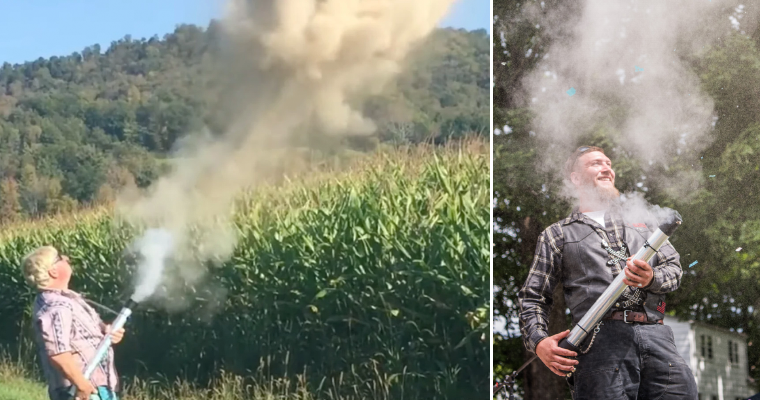 Because who doesn’t want to go out with a bang? The Loved One Launcher ash scattering cannon is a handheld cannon for scattering ashes with great impact. Powered by two CO2 cartridges, it can shoot the powdery remains more than 70 feet (21 meters) into the air. You can even add confetti and streamers to the mix “for a dreamy visual effect, creating a beautiful, joyful scene that sets the perfect tone”. It sells for $375 on Cremation Solutions website. 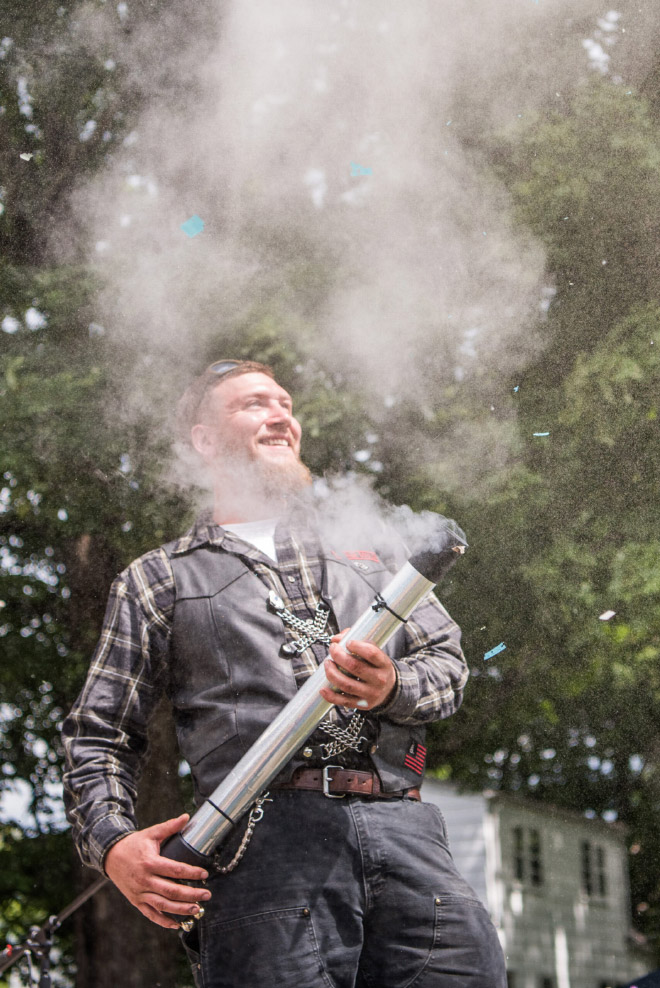 In their own words: “Paying homage to a loved one’s life is simple and intimate with what feels almost like a daytime fireworks display in their honor. The Launcher should not be aimed at any structure or living thing as its blast is powerful. It should only be handled and operated by an adult. Avoid shooting into oncoming wind (downwind or in still air only) and note that it will take two shots to disperse all the ashes of an average adult. More shots if more confetti is desired”.

But let’s say you don’t have any ashes to spread at the moment – can the ash launcher be repurposed as a t-shirt cannon? Can the t-shirt cannon be used as an ash launcher, since it must be cheaper and more widely available. We have so many questions… which we are asking for a funeral parlor/half-time show company we are thinking about starting. We already got the giant skeleton mascot costume.

What’s your opinion about this unusual funeral option? Would you like to go out as a confetti at a New Year’s party, or would you rather choose a more traditional option? Let us know in the comments!

5 thoughts on “The Loved One Launcher: Ash Scattering Cannon”